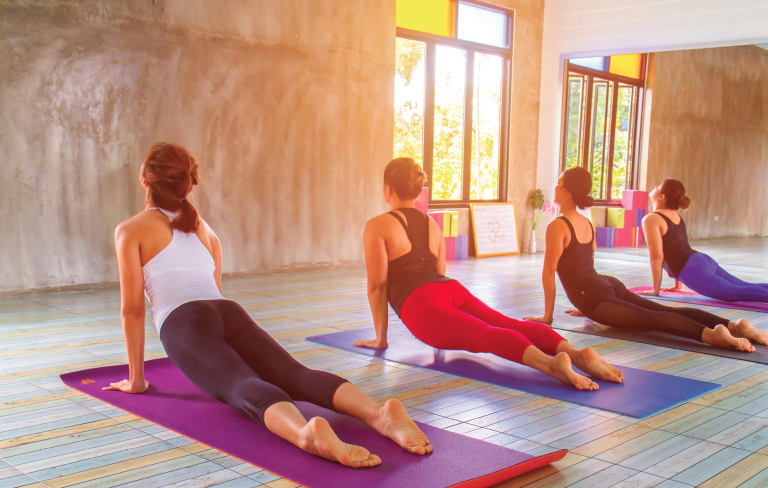 Your Physical Well Being

by Hayes B. Gladstone, MD

October is a busy month. With school in full swing and after school activities taking wide swaths of time and the holidays on the horizon, it is sometimes easy to forget about taking care of yourself.

Well being is comprehensive. It includes taking care of yourself physically, intellectually, emotionally and spiritually. Each component of your well being reinforces the other in both positive and negative ways. Physically, it is important to both exercise on a regular basis and maintain excellent nutrition. Exercising means at least 5 days per week. It should vary so exercise doesn’t become stale, but also so you strengthen different muscle groups and create more muscle flexibility particularly in your core. Exercise should include both aerobic and anaerobic exercise since the most important muscle is your heart. Stressing it in a positive, gradual and consistent manner creates more stamina and energy. Given busy schedules, it is easy to push exercise to another day. Attending aerobic, or spin classes can create a more definitive commitment. Hiring a personal trainer who can optimize your exercise regimen as well as teach you proper techniques can be very rewarding.

Healthy eating habits are also key to your physical well being. It is a truism that Americans eat portions that are much too large as well as too much processed “fast food” and GMO food. Many years ago, a famous study followed Japanese individuals and their incidence of heart disease when they lived in Japan, and then after they moved to Hawaii. Heart disease sky rocketed when they moved to the United States. Eating a balanced diet with non-fried foods, fish and heavy in anti-oxidants such as berries provides a strong foundation for a healthy lifestyle.

As we age, our metabolism slows. Genetics also plays a role. A healthy diet and regular exercise may not be enough to remove stubborn pockets of fat. In women, most commonly these are along the abdomen, flanks, back, bra area and thighs. In men, it is mostly the lower abdomen and flanks (“love handles”). Two cosmetic procedures known as Coolsculpting and Ultratone can play a role in helping you obtain the physical presence that you want. Coolsculpting also known as cryolipolysis is a brilliant method for fat reduction and contour improvement. It freezes fat without harming the skin. There is no downtime. Your fat dissolves and is excreted over 3-4 months. It is not for weight loss, but it does help clothes fit better. At the Gladstone Clinic, we provide a comfortable and relaxing environment. We have dual Coolsculpting machines which allows us to treat multiple sites.

Coolsculpting provides one aspect of improving body contour. However, muscle toning and strengthening is also an important aspect of your physical well being. At the Gladstone Clinic, we have the Ultratone machine that compliments Coolsculpting. Ultratone muscle stimulation is a patented technology that was initially used for Eastern European elite athletes. It has also been used for the recovery of injured muscles. It can be used for any muscle group, but the “abs” are the most common place treated. It works out your muscles in a natural, scientific manner while you read a book. Sessions last 30 minutes. It is estimated that 15 minutes is the equivalent of 900 sit ups. At the Gladstone Clinic, Ultratone is included with the Coolsculpting to give a great CoolTone result. Ultratone sessions can also be performed independent of Coolsculpting.

Mens sana in corpore sano – To be the best you can be, contact the Gladstone Clinic at 925-837-6000 for a complimentary cosmetic consultation.

Bio:
Hayes B. Gladstone, MD is the founder and President of the Gladstone Clinic in San Ramon. He is the former Director of the Division of Dermatologic Surgery and Associate Professor in the Departments of Dermatology and Otolaryngology, Head and Neck Surgery at Stanford University