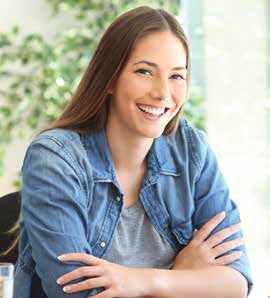 Why It Doesn’t Pay to be a People-Pleaser

People ask me all the time what the secret to happiness is. “If you had to pick just one thing,” they wonder, “what would be the most important thing for leading a happy life?”

Ten years ago, I would have told you a regular gratitude practice was the most important thing—and while that is still my favorite instant happiness booster, my answer has changed. I believe the most important thing for happiness is living truthfully. Here’s the specific advice I recently gave my kids:
Live with total integrity. Be transparent, honest, and authentic. Do not ever waiver from this; white lies and false smiles quickly snowball into a life lived out of alignment. It is better to be yourself and risk having people not like you than to suffer the stress and tension that comes from pretending to be someone you’re not, or professing to like something that you don’t. I promise you: Pretending will rob you of joy.

I’ve spent the better part of my life as a people-pleaser, trying to meet other people’s expectations, trying to keep everyone happy and liking me. But when we are trying to please others, we are usually out of sync with our own wants and needs. It’s not that it’s bad to be thinking of others. It’s that pleasing others is not the same as helping others.

People pleasing, in my extensive personal experience, is a process of guessing what other people want, or what will make them think favorably of us, and then acting accordingly. It’s an often subtle and usually unconscious attempt at manipulating other people’s perceptions of us. Anytime we pretend to be or feel something that we aren’t, we’re out of integrity with ourselves.

And anytime we’re doing something that is more about influencing what others think of us than it is about authentically expressing ourselves—even something as simple as a Facebook post that makes it seem like we are having a better day than we actually are—we end up out of integrity with ourselves.

Being out of integrity has pretty serious consequences for our happiness, and for our relationships. Here’s what happens when we aren’t being authentic.

Say you are at work, and you’re doing your best to put on a happy face even though your home life is feeling shaky. You may not want to reveal to your work friends that you and your significant other had a major fight over the weekend, but if you pretend that you are okay—and you’re not—you’ll probably make the people around you feel worse, too. Why?

We humans aren’t actually very good at hiding how we are feeling. We exhibit micro-expressions that the people we are with might not know they are registering but that trigger mirror neurons—so a little part of their brain thinks that they are feeling our negative feelings. So trying to suppress negative emotions when we are talking with someone—like when we don’t want to trouble someone else with our own distress—actually increases stress levels of both people more than if we had shared our distress in the first place. (It also reduces rapport and inhibits the connection between two people.)

Pretending takes a huge conscious effort—it’s an act of self-control that drains your brain of its power to focus and do deep work. That’s because performing or pretending to be or feel something you’re not requires tremendous willpower.

Tons of research suggests that our ability to repeatedly exert our self-control is actually quite limited. Like a muscle that tires and can no longer perform at its peak strength after a workout, our self-control is diminished by previous efforts at control, even if those efforts take place in a totally different realm.

So that little fib at the water cooler you told in order to make yourself seem happier than you are is going to make it hard for you to focus later in the afternoon. A performance or any attempt to hide who you really are, or pretend to be something you aren’t, is going to make it harder later to control your attention and your thoughts, and to regulate your emotions. It’ll increase the odds that you react more aggressively to a provocation, eat more tempting snacks, engage in riskier behaviors, and—this one is pretty compelling to me—perform more poorly on tasks that require executive function, like managing your time, planning, or organizing.

And lying, even if we do it a lot, or are good at it, is very stressful to our brains and our bodies. The polygraph test depends on this: “Lie Detectors” don’t actually detect lies, but rather they detect the subconscious stress and fear that lying causes. These tests sense changes in our skin electricity, pulse rate, and breathing. They also detect when someone’s vocal pitch has changed in a nearly imperceptible way, a consequence of tension in the body that tightens vocal chords.

The physiological changes that lie detectors sense are caused by glucocorticoids, hormones that are released during a stress response. And as you well know, stress hormones are bad news for your health and happiness over the long run.

Research shows that people who are given instructions for how to lie less in their day-to-day lives are actually able to lie less, and when they do, their physical health improves. For example, they report less trouble sleeping, less tension, fewer headaches, and fewer sore throats. These improvements in health are likely caused by the relative absence of a stress response.

And that’s not all: When the people in the above study lied less, they also reported improvements in their relationships and less anxiety.

We don’t lie or pretend or perform all the time, of course. But when we do, it’s important to see the consequences: increased stress, decreased willpower, impaired relationships. Although we might actually be trying to feel better by putting on a happy face for others, pretending always backfires in the end. Living inauthentically makes life hard and cuts us off from our sweet spot—that place where we have both ease and power.

Christine Carter, Ph.D.*, is a sociologist and happiness expert at UC Berkeley’s Greater Good Science Center. She is the author of “RAISING HAPPINESS: 10 Simple Steps for More Joyful Kids and Happier Parents.” She teaches online happiness classes that help parents bring more joy into their own lives and the lives of their children, and she writes an award-winning blog for *Greater Good* (www.greatergoodparents.org).