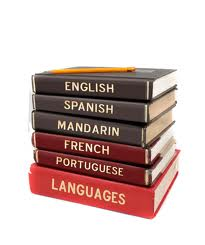 Why, How, and When Should My Child Learn a Second Language? *

Much attention has been focused on the importance of early foreign language learning. Some research reports that younger children learn languages better than older children and adults. Newsweek devoted a special edition to the critical first three years of a child’s life and indicated that there is a “window of opportunity” for second language learning starting at one year of age. A Time magazine article suggested that foreign languages should be taught to children as early as possible.

But with so many demands already placed on children, parents ask, Is it important that my child learn a second language at a young age? If so, why? What can I do to help my child learn a language? What program options are available?

What are the benefits of knowing a second language?

Knowing a second language provides a lifelong ability to communicate with people from other countries and backgrounds. But studies indicate that the benefits of early foreign language programs go beyond language acquisition.  These benefits include the development of students’ creativity, memory, and listening skills, improved overall school performance and superior problem-solving skills.

Students of foreign languages score statistically higher on standardized tests conducted in English. In its 1992 report, College Bound Seniors: The 1992 Profile of SAT and Achievement Test Takers, the College Entrance Examination Board reported that students who averaged 4 or more years of foreign language study scored higher on the verbal section of the Scholastic Aptitude Test (SAT) than those who had studied 4 or more years in any other subject area. In addition, the average mathematics score for individuals who had taken 4 or more years of foreign language study was identical to the average score of those who had studied 4 years of mathematics. These findings are consistent with College Board profiles for previous years.

Knowledge of a second language also seems to coincide with high academic achievement. One study shows that students who were in “rigorous” programs in high school, which included 3 years of foreign language study, were likely to earn better grades in college and less likely to drop out.

Knowing a second language opens up additional career opportunities. In a survey of 581 alumni of The American Graduate School of International Management in Glendale, AZ, most respondents said they had gained a competitive advantage from their knowledge of foreign languages and other cultures. They said that not only was language study often a critical factor in hiring decisions and in enhancing their career paths, it also provided personal fulfillment, mental discipline, and cultural enlightenment.

The benefits to society are many. Americans fluent in other languages improve global communication, enhance our economic competitiveness abroad, and maintain our political and security interests. In recent years, the U.S. government has expressed a need for fluent speakers of languages other than English, particularly in less commonly taught languages such as Arabic and Chinese.

Learning a language at any age is beneficial. Studies have shown – and experience has supported – that the human brain is more open to linguistic development during the years between birth and pre-adolescence and that children who learn a language before the onset of adolescence are more likely to develop native-like pronunciation. A number of experts attribute this proficiency to physiological changes that occur in the maturing brain as a child enters puberty. Yet, for most students, foreign language is introduced and formally studied when they are twelve years of age or older. The reality is that children who have an early start to a long sequence of language instruction that continues through high school and college, are able to achieve levels of fluency that are not been possible with the late start of most language programs.

Will a second language interfere with my child’s English ability?

On the contrary, learning another language can enhance knowledge of English structure and vocabulary. Common vocabulary also helps children learn the meaning of new words in English. Experimental studies have shown that no long-term delay in native English language development occurs in children participating in second language classes, even in full immersion programs.

In fact, children enrolled in foreign language programs score statistically higher on standardized tests conducted in English. One study showed that by the fifth year of an immersion program, students outperformed all comparison groups and remained high academic achievers throughout their schooling.

What can I do to help?

Most importantly, encourage your child’s interest in the language and in other cultures. Show him or her that you value the ability to speak a second language. Attend cultural events that feature music, dance, or food from the country or countries where the language is spoken. If possible, provide some books, videos, or other materials in the second language. If you are familiar with the language yourself, read to your child. Summer programs offering international exchange are suitable for older children and offer valuable opportunities to speak a second language and explore a different culture firsthand. Children normally live with a host family, which provides them with a safe and sheltered environment where they can practice their language skills.

What options are available in our area?

The types of language programs available can be placed on a continuum. At one end of the continuum are immersion programs, which offer the greatest amount of time in language study and produce students with the highest levels of proficiency. At the other end are programs that explore language and do not have language proficiency as a goal.

Where can I learn more?

The Bilingual Edge: Why, When, and How to Teach Your Child a Second Language by Kendall King, Alison Mackey

* Article adapted and published with permission from the Center for Applied Linguistics. For references and further reading please visit www.cal.org.