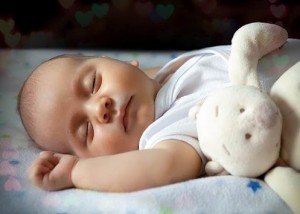 WHEN THE OLDER ONE IS TOO ROUGH WITH THE BABY: WHAT TO DO!

Five-year-old Lexi LOVES her nine-month old sister, Anna, but she can be too rough with her.   Sometimes she holds Anna so tightly that when she lets go, Anna is thrown off balance and falls backward, startling her.  Their mother, Amy, feels like she’s tried everything — time-outs, gentle reminders, even role plays — and nothing has worked.  She contacted me wondering how to avert these risky situations.

For Lexi to develop more self-control, she first needs to be aware of how she is feeling and what she wants.  One way to help her with this is to put into words how she is feeling.  “You didn’t mean to hurt Anna.”  “That’s not what you expected to happen.”  “It looks like you feel bad that Anna got hurt.”  Or even, “It’s not easy having a little sister.  Sometimes they’re fun to have around, but sometimes they grab your stuff.  They can be such a nuisance, and then they get hurt so easily!”  If Lexi is able to talk through how she feels, she might even be able to think about what she could do differently next time.

Amy decided to try this new approach.  Here’s her report:

Lexi was sitting in her arm chair with her legs over the edge.  Anna pulled herself up using the arm of the chair — her face was right at Lexi’s feet — and she reached for Lexi’s water bottle.  Lexi pushed Anna with her foot and Anna flew back, landing on her back.  My husband grabbed Lexi and put her in her room. After calming Anna down, I went to Lexi’s room.  She was sitting on her floor with a stuffed monkey wrapped around her head.

Me:  Lexi, I want to talk about what happened, but I can see you’re feeling bad.  Let’s check on Anna, OK?

We walk out; Lexi peeks around the corner.

Me:  She was scared, but she’s OK now.  Do you want to tell her something?

Lexi:  I want to whisper it to her so no one hears.

Lexi whispers to Anna:  I’m sorry. I love you (and gingerly kisses her head).

I sit down with Lexi.

Me:  Were you upset that Anna was going for your water bottle?

Lexi:  Yeah, she was so close.

Me:  What did you think would happen when you pushed her?

Lexi:  I thought she’d flop on her butt like she always does.

Me:  It was probably scary for you, too, when she flew backwards!

Me: What do you think might have worked better to protect your bottle without scaring Anna?

Lexi:  I could have gone to my room.

Me:  Hmmm… Then you’d be sad, though, right?  Because you’d have left where we were all hanging out.

Lexi: (thinks)…I could put my panda hat on Anna’s head so she forgets about the bottle.

Me:  That might work. Do you think next time Anna has something you want you could try something like that?

Lexi:  Yeah (with a sigh and little laugh).

We hugged and Lexi went off to play.  A few minutes later she came back with a paper heart flower to “help calm Anna down more.”

The next day, Lexi was in her chair again and Anna started crawling onto the chair.  I was in the other room and Lexi called out in a rushed, worried voice: “Please move Anna.”  A couple other times Anna picked up Lexi’s marker and Lexi traded it for a baby toy.  She did it pretty roughly, but it’s a step in the right direction!  There were a few times Lexi didn’t make the right choice and we had to intervene, but more times than not I could see Lexi thinking more about how to act around her sister.

Strategy:  Put into words what Lexi is feeling.  Tell the story of what happened.

Tip:  Sometimes we think we need to immediately teach the aggressor how dangerous her behavior was, and how badly the baby could have been hurt.  But often the older one can’t take this in until we let her know we “get” what was going on for her, first.

Could you use help for an everyday challenge with your kids?  Contact Julie to become the subject of next month’s advice column.  All names changed to protect the frazzled!
By Julie King, Parent Educator
JULIE KING is a Parent Educator and “How To Talk” Trainer in the Bay Area, offering private consultations in person and by phone, as well as workshops such as “How To Talk So Kids Will Listen.” She is available for Parent Education evenings and workshops for self-organized groups.  Contact Julie at 415-939-3553 or julie@julieking.org. For more information, visit  www.julieking.org.  Mention this column for 20% off your first consultation!