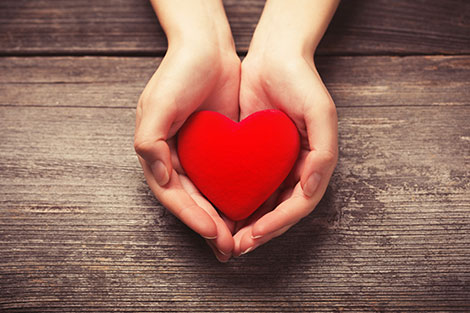 “Everything you thought was true
Look at what it’s done for you
You scream into the sky
Hallelujah
In due time, in due time.”
–Noah Kahan, Hallelujah

Over the past year, I’ve struggled with some of the opinions expressed by people I’ve known and cared about for many years. The stances these individuals take on controversial issues plaguing our country continue to surprise and dishearten me. When I hear these differing views and opinions on deeply important issues, I feel anger rise up within me and the urge to cut ties. This reaction is not loving or unifying. It is not healthy or helpful. As much as I remind myself they are entitled to their opinion as much as I am, I still feel ill will. My unloving reaction to a friend or family member’s differing opinion is something I’ve wanted to change, but I haven’t known how … until recently.

It was while I was venting to my teenage daughter about an aggressive viewpoint expressed by a close friend that I received the guidance I’ve been searching for.

My 14-year-old daughter said, “Your friend doesn’t know what you know. She has not had the same experiences you have.” Then Natalie told me what she did when a classmate made a political statement that hurt and offended a group of students. She reached out to one of the alienated people so she would know my daughter was with her. My daughter could tell by the person’s reaction and the end result that her loving action had been a helpful one.

My daughter went on to say, “I could argue with someone about their opinion – which probably won’t change anything – or I could do something good. And that DOES change things.”

Basically, one student’s divisive action became my daughter’s cue to do the opposite – to unify … to include … to stand beside.

I immediately thought of William James, the father of American psychology, who said, “Action seems to follow feeling, but really action and feeling go together; and by regulating the action, which is under the more direct control of the will, we can indirectly regulate the feeling, which is not.”

Natalie and Dr. James helped me realize I was allowing my negative feelings to put me in a place of inaction—with the possibility of making the situation even worse. With their help, I am in the process of adopting a healthier and more helpful reaction to opinions and views that upset me. I call it: Cue to Love.

Another person’s closemindedness is my cue to be curious instead of defensive.

Another person’s shaming language is my cue to speak words of acceptance.

Another person’s hostility is my cue to be a peacemaker.

Another person’s arrogance is my cue to gain understanding.

Another person’s quick-to-judge attitude is my cue to remember we’re more alike than different.

Another person’s vitriol towards a group of people is my cue to love all in abundance.

It’s easy to see how accepting cues to love when we feel most unloving is helpful to the world as a whole, but taking these cues greatly benefit us at a personal level. One of my favorite enlightenment authors, Marianne Williamson writes, “Growth comes from focusing on our highest lessons, not someone else’s.”

Each time I use my Cue to Love, this is what I find:

The people I most disagree with provide my greatest opportunities for growth.

The people I find most difficult to love stretch me to be my most loving self.

The people I find most challenging help me face my biggest obstacles to becoming who I most want to be.

I could argue with these people about their opinion or cut off communication, but that leaves little chance for progress, growth, and peace. Instead, I will take my daughter’s lead, and use their divisive stance as a cue to love.

In just a matter of days, I’ve been given great opportunity. With strong opinions flying on mass shootings, election results, aiding natural disasters, and political decisions that impact many, I’ve had many cues to love. Instead of feeling my blood boil by the opinions of some, I have been inspired to act with love.

I offered an overdue apology to my husband.

I baked cookies with my daughter and took them to a neighbor.

I gave some furniture to a family in need.

I smiled warmly at every person I passed on the street.

As I experienced a frustrating political discussion with someone I care deeply about the other night, I kept reminding myself this discussion was my cue to love.

That’s when I saw the same maintenance worker I’d seen three hours earlier. I’d noticed how sad and tired he looked as he picked up other people’s empty food containers and mess. It was now almost eleven o’clock, and he was cleaning the long corridor. I walked up with a smile and said, “I really appreciate your hard work and how clean you keep everything around here.”

The man’s eyebrows raised to the middle of his forehead and the corners of his mouth lifted into a radiant smile. Placing one hand over his heart, the man accepted my small cash tip with his other hand.

“Wow. Thank you,” he said with tears in his eyes. “Have a wonderful night, ma’am.”

I walked away feeling tears forming in my own eyes. That is when I experienced the most hopeful epiphany of all:

Think through this scenario with me for a moment:

A person is alienated by the shaming words of someone while riding on the subway. He proceeds through his day, feeling alone, devalued, and perhaps even scared.

I’m done feeling angry, bitter, and hopeless when someone shares a polarizing viewpoint. That is now my cue to love. Because an act of love at the precise moment it’s needed can literally change the world.

If you need proof, simply look for your brother – the one with sad eyes and hunched shoulders. Watch what happens when you let him know you see him and you celebrate his existence. It’s enough to make HOPE pulse through your veins, and that’s so much better than the alterative.