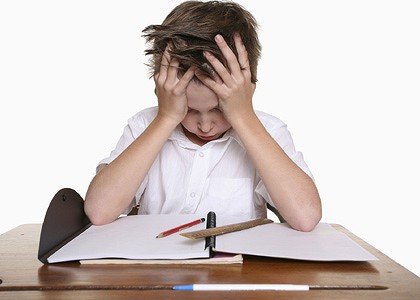 The Perils of Replacing Play with Homework

When are we going to get it that young children need free and unstructured play in order to learn at their best? More and more kindergartners and even preschoolers are getting academic work and even some to take home. I just returned from London where I ran a number of parent workshops. In one, I was asked by a frustrated mother if I could help her convince her five year old to do his homework. I told her that I couldn’t do that because I am so opposed to young children having any academic work and that homework was the last thing her son should be doing. The whole group supported this mother in resisting the school’s assignments, but she became very worried about what it would mean for her child’s chances to move ahead into the proper schools.

Strangely, I hear that most schools are pressured by the parents to give homework at younger and younger ages. I entreat parents to come together to defeat this trend and to stand firm on allowing young children to be just that. Petition your schools to stop homework at least until third grade. And school officials, I plead with you to do what you can to educate yourselves and your parents on the perils of early homework.
Among so many similar studies, Peter Gray, an evolutionary psychologist at Boston College said in a 2011 issue of American Journal of Play that free, unstructured play helps children learn how to get along with others and control their emotions, as well as to develop imagination. But that since the 1950s there’s been a steady decline in the time American children spend playing on their own. A study done by Sandra Hofferth of the University of Maryland found that from 1981 to 1997, American kids ages six to eight spent 25 percent less time engaged in free play and 18 percent more time in the classroom. Their homework time increased, by a shocking, 145 percent. Her updated research in 2003 shows play time continuing to decline and study time increasing yet another 32 percent! We must stop this trend for our children’s sake.
“If you think of this from the viewpoint of natural selection,” Gray says, “free play is a marvelous biological solution to the big problem that human beings have, which is that we are both selfish and social. We depend on cooperating with other people, and yet we are also looking out for number one. Children are constantly negotiating that balance in their play.” The key for parents, he says, is backing off and letting kids play among themselves.
We don’t allow our children to negotiate their play when we supervise, direct, teach, and coach. Think of the time when children could play by themselves all day in a safe neighborhood where all the adults knew and watched out for everyone’s children. Sounds like utopia, doesn’t it. Children could create their play, establish their own rules, and work out who did what without being told how to do it. It’s not hard to think about what that does for a child’s social problem solving skills. I fear that children are forgetting how to play without an adult orchestrating what they do, when and how they do it.