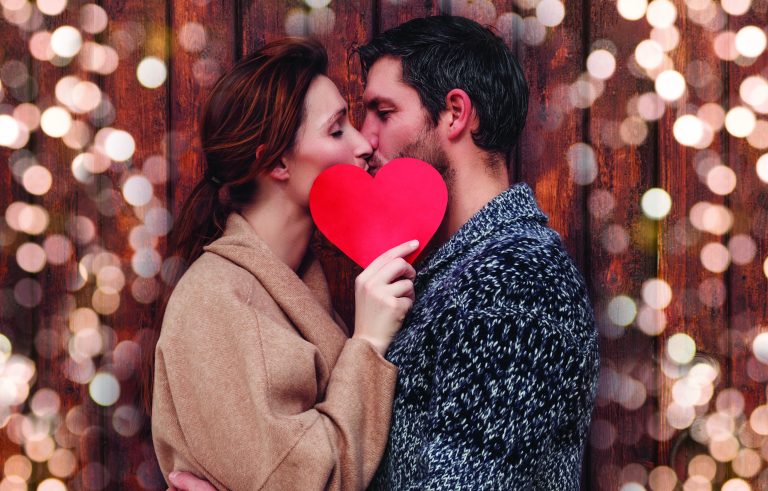 According to Adam Grant, Wharton’s most popular and youngest tenured faculty member and the author of Give and Take: A Revolutionary Approach to Success, people fall into one of three distinct categories: givers, matchers and takers. While Grant’s book is written for a business audience, its theories provide extraordinary insight into romantic relationships. The category you fall into may well determine the success and happiness of your relationship.

Interestingly, while the giver style may have its drawbacks, givers are also usually the most attractive partners and are more likely to have long-term relationships. A study examining the trait most highly valued in potential romantic partners suggests that both men and women rate kindness as one of their most desired traits. Givers are also most likely to be affectionate, a trait which determines the long-term success of a relationship (as I describe in this article), not to mention their own longevity.

In order to understand where you fit in and how to best navigate your relationships with others, here’s a summary of the three styles of romantic partners.

Givers are people whose primary motivation is to take care of others, to make sure others are well, and to contribute to others and society. In a relationship, these are people who are always thinking about gifts for their partner, who take their partners’ interests into consideration, and who are always thinking, “What else can I do for you?” They’re pretty awesome. As Grant mentions in his book, everyone likes having givers around because they are always happy to contribute and thinking of others. They understand the relationship as an opportunity to give and take care.

Givers often end up thinking that there is something wrong with them when they are unhappy in a relationship. They are the ones who think they are not lovable or good enough because they take personal responsibility for making the relationship work (rather than blaming their partners). They can end up burned out and exhausted from continuously giving if they do not receive the support they need from the relationship.

Matchers tend to keep a balance sheet in a relationship. When matchers give, they do so with an expectation of getting something in return. When they receive something, they feel like they have to give something back. Matchers are the ones who are keeping tabs and view relationships as somewhat like a commercial transaction. They are the ones who are most likely to say something like, “I did this for you, but you didn’t do that for me” or “You paid for this, so I’ll pay for that.”

Takers are just that — takers. They usually treat people well if and when those people can help them reach their goals. Interestingly, Grant points out that they often appear as the most charming and charismatic people on the surface. They know how to work the crowd and seduce, but under the surface they are actually motivated by self-interest. You can recognize a taker by how poorly they treat people that they believe are of no use to them. You know you’re in a relationship with a taker when you feel sucked dry for all you have, whether it’s money, affection, time etc. Once the taker has everything they want from you, you may be relegated to the unimportant sphere of their life. Their primary focus is themselves.

Grant points out a fascinating fact about who, among these three styles, is happiest and most successful: it is givers. What about those who are least successful? Also the givers! Why? Givers who learn to successfully navigate a world with matchers and takers make out great. Everyone loves givers, trusts them, and supports them when they are in need. So why are givers also the least successful? Because some givers don’t know how to navigate that world and, as a consequence, end up getting taken advantage of. If you’re a giver, you’ve been there at least once both professionally and personally.

Imagine a relationship between a giver and a taker? These end up with the giver completely worn out, having perhaps spent their savings, time and energy on someone who keeps demanding more and never or scarcely provides for their partners’ needs (unless they do so temporarily because it behooves them at that moment).

What makes a successful giver? Read Adam Grant’s book to get his complete lists of tips. One that stood out to me was the idea of being a “giver with awareness.” Awareness of what? Be aware that the world has givers, matchers and takers. Watch people’s words and actions and you will know who is who. When you navigate romantic relationships, friendships or business partnerships, investigate which category your potential partner belongs to and don’t get blown away by first-impressions (as noted above, takers are masters of first-impression charm). Then what? In a non-romantic situation, you can deal with matchers and takers by adopting a matcher-like attitude (I know, hard to do for a giver!). Start speaking in terms of, “Ok, we have an agreement, you do this and in exchange I will do this.”

What about in romantic relationships? I conferred with Adam Grant while writing this article and he shared the following tip about long-term love: “In the most successful relationships, both partners are givers. In other words, when a romantic relationship works, matchers and takers are focused on giving. Both partners might be giving in different ways, but they should be willing to support each other without expecting something in return. That said, when things get too far out of balance, I think we all become matchers.” Imagine a relationship where both partners are always caring for each other’s needs. Where when there is a fight, both are the first to say, “I’m sorry, it was my fault.” In which both live their life with their partner’s best interest in mind. You better believe that matchers and takers are also looking out for givers so, if you’re a giver, be sure you seek one out for yourself too because you deserve it.

If you recognize yourself as a matcher or taker then — first of all — congratulations on being so honest with yourself. Of course, because of givers’ affectionate and service-oriented qualities, it is also in your best interest to have a partner who is a giver. However, I’d like you to consider two things:

First, givers will never be fully happy unless you support them as they support you. They will eventually feel worn out and perhaps even leave. In a recent study by Amie Gordon at the University of California-Berkeley, those who experienced more gratitude in their relationship also felt closer to their partner, more satisfied with the relationship and tended to engage in more constructive and positive behaviors within the relationship. Ultimately, for a good relationship that benefits you, you will want your partner to be happy and you’ll want to support them in return.

Second, as Grant’s book clearly outlines, givers are the ones who end up being most successful and happy if they are not taken advantage of. A large amount of research now shows that a lifestyle comprised of kindness and service leads to greater fulfillment as well as health and happiness. If you want to be happy and successful, it therefore behooves you too to be or become a giver.

With Valentine’s Day coming up, it’s a great time to start being a giver! After all, isn’t that what love is about?
Bio:
Emma Seppälä, Ph.D is Science Director of Stanford University’s Center for Compassion and Altruism Research and Education and is the author of The Happiness Track (HarperOne, 2016). She is also Co-Director of the Yale College Emotional Intelligence Project at the Yale Center for Emotional Intelligence. She is a frequent contributor to Harvard Business Review, Psychology Today, Huf ngton Post, and Scienti c American Mind. She is the founder and editor-in-chief of Ful llment Daily, a popular news site dedicated to the science of happiness.

Her work and research have been featured in The New York Times, The Washington Post, The Chicago Tribune, The Boston Globe, The Atlantic, VOGUE, ELLE, CBSNews, Oprah Magazine, Fast Company, U.S. World and News Report, Forbes, Cosmopolitan, Inc, Huf ngton Post, ABC News, Business Insider, SELF, GLAMOUR. She has appeared several times on Good Morning America. She was also interviewed for Huf ngton Post Live and TIME/MONEY and is featured in the documentary lm The Altruism Revolution. She is the recipient of a number of research grants and service awards including the James W. Lyons Award from Stanford University for founding Stanford’s rst academic class on the psychology of happiness and teaching many well-being programs for Stanford students. She graduated from Yale (BA), Columbia (MA), and Stanford (PhD). Originally from Paris, France, she is a native speaker of French, English, and German.