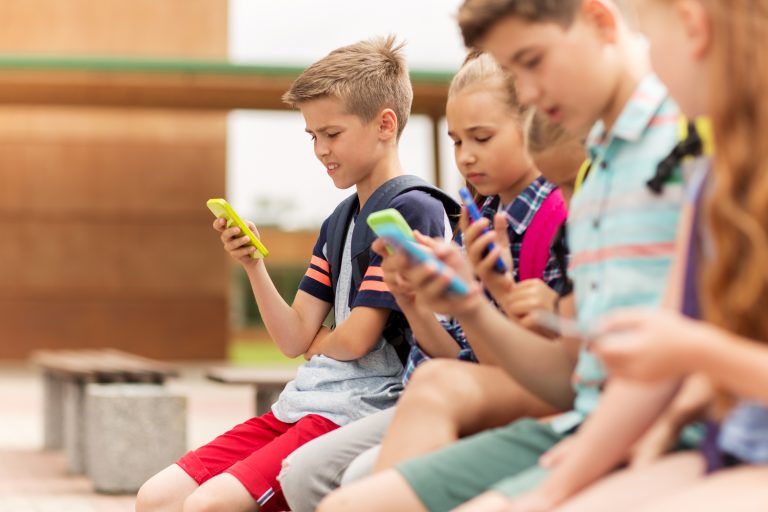 TEENS AND SOCIAL MEDIA: TIME TO DIAL IT DOWN

When public health experts release information about a concomitant rise in teen depression and social media use, as the Centers for Disease Control and Prevention recently did, I don’t waste time worrying about cause and effect. I recommend to all teens, especially girls, to dial down on social media — or eliminate it altogether.

That’s right: When it comes to treating depression in teens, I wage war against the illness. It is, after all, life-threatening.

I recently spoke with a 14-year-old girl suffering from a major depressive disorder who remarked that every time she went on Instagram, she felt bad about herself. When she saw photos of her friends, she viewed them as thinner, prettier, happier, and more popular. When I told her to stop using her Instagram account for two weeks, she said she wasn’t sure she could.

Her mother sat beside her feeling helpless and overwhelmed.

In November 2017, the American Academy of Pediatrics published an article on teens, depression and social media in the journal Pediatrics and cited the following:

1. Viewing certain media content can cause teens to feel anxious and afraid.

2. Teens can turn to social media to avoid facing their feelings.

3. Teen depression may stem from lack of genuine social interaction because digital media use replaces it.

4. Teens may feel anxiety from not being connected to what friends are doing all the time.

5. Cyberbullying may result in anxiety, depression, and suicide in teens.

The article stresses that clear associations have been observed between use of social media and depression/anxiety symptoms in children and adolescents. From where I sit, associations are evidence enough for me to work hard to convince parents that they must highly control and manage kids’ social media use, which holds only entertainment value.

Even adults who have been on Facebook know that seeing peers who appear happier, wealthier, prettier, etc. can cause jealousy. Transfer those feelings into the mind of a teen girl who has not developed a solid identity, mature cognitive thinking, and psychological maturity, and who may experience family issues, physical challenges, or learning issues, and we can understand how depression can take root.

I see the relationship between social media use and depression in teens in my pediatric practice. When I treat teens struggling with depression, anxiety, and ADHD, I tell them to get off their screens. In the hands of a depressed adolescent, phones can be dangerous. In my view, they are weapons. I wonder how we have gotten to the point in America where young children carry these weapons in their hands to school, soccer, parties, and even bed — and no one sees the danger?

Parents, we need to wake up and understand a few things here. When 36 percent of all teens and 45 percent of teen girls report feeling desperately sad and hopeless and have contemplated suicide, we need to do something.

Kids who grow up without social media miss out on nothing.CLICK TO TWEET

So what can parents do? Fortunately, a lot.

First, it is imperative that parents get over the fear of taking charge over kids’ social media use. In fact, we must get over the fear of limiting any screen time. Many conscientious parents fear their children will miss out, hate them, rebel, feel like the odd kid in their class, etc., but none of this is a good reason to opt out of taking control. Parents must be genuinely concerned about the real risk of depression and anxiety kids face if they don’t do anything.

Second, choose a social media-weaning plan for your child. You can choose for your child to go cold turkey or gradually wean the hours they spend on it. Either way, your kids will be angry but the anger will pass. And when it does, you will have a different child on your hands.

Third, if your child struggles with anxiety or depression, get her off all social media. Period. If she doesn’t struggle, limit social media to 30 minutes per day. The article in Pediatrics noted that in a study in which young adults were asked over a span of two weeks about well-being, life satisfaction, and Facebook use, the authors reported that more Facebook use predicted decreases in these measures; in addition, the more they used Facebook over the two weeks, the more their life satisfaction decreased over time.

Fourth, do not allow social media to be private. Everything that your teen views on social media should be visible to you. Some parents see lack of privacy in social media as a violation of privacy for their teen, but this is unreasonable. Parents need to know if their kids are getting bullied, sent sexts, or anything else that can harm them.

Fifth, keep your eye on the enormous long-term benefits. The last thing any good parent wants to hear their 25-year-old son or daughter say is, “Why didn’t you protect me?”

Kids who grow up without social media miss out on nothing. What they gain is deeper relationships with friends and loved ones, never being cyberbullied — and having less risk for depression and anxiety and more time playing. We simply need the courage to give them these.