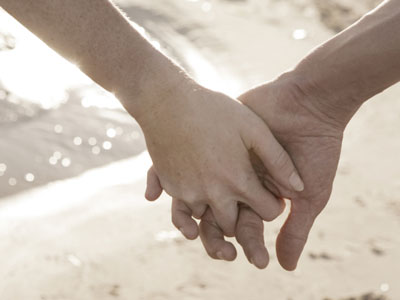 Some relationship problems are workable – others aren’t. How do you tell the difference?

Lucky us: We live in a world where many of us have an abundance of choices: where to live, what to do for a living, and, of course, who to marry—or whether to get married at all.

All these choices give us certain freedoms, but they don’t necessarily make us happier. They create certain perfectionistic expectations: If we aren’t perfectly happy with the one we love, for example, might we have chosen wrong? Should I make a different choice now? Would the grass be greener with my high school sweetheart?

Here’s where I find John and Julie Gottman’s seminal research (www.gottman.com) to be totally essential to understanding the problems of long-term romantic relationships.

All couples have problems. Think the grass might be greener? Remember you’re trading out one set of problems for another. It isn’t about finding a conflict-free relationship, or even about solving all of your relationship’s problems, but rather about accepting the problems you can live with.

There are really only four types of problems. The key is knowing what type of problem you’ve got, and then deciding whether or not you can work with it. The four kinds of problems are:

(1) One-time, solvable problems. I think many of us bull-headed people assume that all problems are solvable. They’re not. But some are. These tend to be the types of conflicts that arise from a unique situation rather than differences in our personalities. Say one person wants a dog and the other doesn’t. This is a conflict that can be solved, using your well-practiced conflict resolution skills. If you don’t resolve the conflict, it can turn into #2.

(2) Cyclical conflicts. The Gottmans call these problems “perpetual issues.” Unlike solvable problems, they are based on fundamental differences in your personalities, emotional needs, or ideas about how you’d like to live life—and they will never, ever go away. Period. Accept that now.

They can become workable, however. The classic example of this is the slob who is married to a neat-nick: She wants the house hospital-clean; he leaves piles of crap everywhere. Being neat is hard for him, but easy for her.

Even if he commits to putting his stuff away, she can’t really turn him into a neat-nick, so this is a problem that will wax and wane. His efforts to be neat will gradually fade as he gets busy or stressed or just lazy. She’ll get frustrated and the conflict will resurface. He’ll redouble his efforts, and the conflict will fade again, and so on.

The question is not whether you can get the problem to go away completely, but whether or not you can establish a constructive dialogue about it and make periodic headway toward solving it.

(3) If you can’t work with those imperfect gems, you’ve got a deal-breaker issue on the table. Abuse is a deal-breaker that sometimes masquerades as a cyclical conflict. Other deal-breakers aren’t so obvious. I have a friend who couldn’t establish intimacy with her husband unless she was very upset and let him come to her rescue. She got tired of having to be stressed-out (or freaking out) in order to feel connected to him, and she realized this was a deal-breaker for her. If they couldn’t move the problem into a different category—making it a cyclical conflict based on their personality differences—she didn’t want to be in the relationship. They started seeing a counselor to see if they could establish intimacy in other ways. They couldn’t. After a year of trying in vain to make headway on the problem, they parted ways.

(4) Wounding problems are similar to cyclical ones, in that they can be fights you have with your partner over and over and over. The difference is that you never really make any headway on the issue. Wounding problems generate frustration and hurt, they get worse over time, and they lead to feeling unloved, unaccepted, and misunderstood.

Many couples can move their wounding problems into the cyclical conflict category by learning how to fight differently. Spouses who raise their issues with genuine respect and appreciation for their partner tend to engage in radically different discussions than spouses who launch headlong into a fight and hope to “win” it, blaming and vilifying the other and going right for the jugular.

So, should you stay or should you go? I shared this framework with a friend who is trying to decide whether or not to stay with her main squeeze, and it was nothing short of an epiphany for her. She wants more romance; he thinks anything that smacks of Hallmark is needy and lame. She’d been thinking this could be a deal-breaker. “It’s NOT a deal-breaker!” she declared with obvious joy. “It’s a CYCLICAL CONFLICT!”

They talked about the conflict in a way that made them both feel understood and loved. He admitted that while romance was hard for him, he enjoyed making her feel loved. They established a dialogue, made some headway (he even brought her flowers the next day), AND have also accepted that this is something likely to arise again in the future.

Knowing that she has a cyclical problem on her hands, and not a deal-breaker, has given my friend some peace.