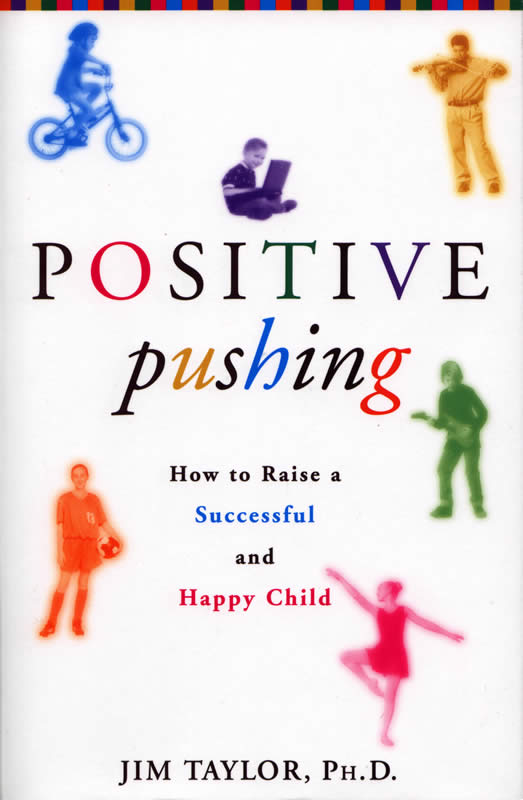 Cowell humiliating well-intentioned—if not untalented—singers. Hip-hop artists who demean women in their music. There is no shortage of forces in popular culture that resist your efforts to teach your children the value of respect. It can sometimes feel like you’re being overwhelmed by an onslaught of disrespect.

Many parents I hear from feel that they are losing this battle for respect and, with it, their ability to positively influence their children. Many children I talk to don’t feel that their parents are relevant anymore. Well, let me say this loud and clear: You better be relevant in this toxic culture in which we live or your children are doomed. However discouraged you may feel, you must continue to fight the good fight for the sake of your children. And this battle begins with respect! The reality is that you have a much greater impact on your children than you think, but only if you maintain their respect. For example, a recent study reported that teenagers are less likely to begin smoking if their parents express disapproval. Additionally, the disapproval diminished the effect that peer pressure had on whether they took up smoking. Similar findings were found on the influence of parents on teenagers’ use of alcohol and drugs.

Thankfully, you’re not alone. Schools and houses of worship, among others, also aim to instill respect in your children. But, like most of child rearing, respect starts at home. If you can teach your children to respect you, themselves, and others when they are young, they’re likely to carry that value with them as they enter the real world and use it to become successful, happy, and contributing adults.

Children who have self-respect treat themselves well. They’re less likely to do harmful things, they make good choices, and they tend to act in ways that are in their own best interests. The benefits of teaching the value of respect early include children who:

Contrary to the assertions of popular culture, when you act like parents you engender healthy respect, encourage caring relationships, and foster their positive development.

Why, you ask, is it such a bad thing to be friends with your children? It’s simple.

How many times have you said, “Which part of ‘no’ don’t you understand?”  Well, apparently many children in America don’t understand any part of “no.” A recent survey by the Center for a new American Dream reports that when parents say no to a request, 60 percent of children keep nagging, on average, nine times after being told no. Ten percent of 12- and 13-year-olds even said that they nag their parents over 50 times. Even more troubling, 55 percent of the children surveyed said that their parents usually gave in. When you’re friends with your children, they won’t respect your power to say “no!” and mean it. Your children don’t want to be friends with you. When I ask children how they feel about being friends with their parents, they look at me as if I’m from another planet. It’s just not in their mindset to be friends with their parents. You’re their parents! Parents aren’t supposed to be cool, pat, or hip (and if you use any of those words, you’re definitely not). When you try to act like your children’s friends, you come across, as one girl once told me, “Oh so 20th century! Acting cool makes them look so dorky and desperate.” And despite their frequent protestations, your children want you to be their parents. So remember, being friends was definitely not your children’s idea.

Your children also need you to be their parents. Though children in the 21st century often look, dress, act, and talk like adults long before they actually are, the reality is that until they reach their teens, they are still children in many ways—inexperienced, unskilled, immature—and living in a world that has never been more threatening. Your children need someone in their lives—YOU!—who is more powerful than they and who can protect them from the big, scary world (of course, they would never admit that to you!). When children are the most powerful people in their families, they live in a constant state of fear because they’re not ready to take on the world alone. When you’re the parent, you can provide them with a safe haven—with direction, support, and boundaries—from which to explore the world. You show your children that you’re there to them when needed.

When parents want to be friends with their children, they aren’t doing it because it’s best for their children. These parents are often unfulfilled in their own lives, lonely, and aren’t getting their needs met from adults. They share inappropriate information with their children (e.g., about their relationship with their spouse) and place the onus of their happiness on their children’s shoulders. Because of their love for their parents, most children will accept this role because they feel guilty if they didn’t give their parents that support. Lacking the experience and maturity to handle this responsibility, however, children slowly crumble under its weight. In time, their love, empathy, and compassion for their parents can turn to anger and resentment at having to assume role that they neither asked for nor are capable of handling.

Here are some keys to earning respect and maintaining healthy boundaries:

Gaining your children’s respect doesn’t mean that you have to be a harsh, restrictive ogre. You can be loving, fun, and supportive. But it also means being tough, though being tough doesn’t mean being unkind, angry, or controlling. Being tough means knowing what is best for your children and doing what is in their best interests—whether they like it or not. Being their parent also doesn’t mean that they won’t care for you any less. In fact, they will love and respect you more because you are doing what is best for them. Not being your children’s friend when they’re young doesn’t preclude you from ever being their friend. Once your children become adults, then you can be friends with them. At that point, you’ll want to be friends with your children because you’ll want to live with them when you get old!

The depictions of parent-child relationships in popular culture aim to undermine respect. Think about how Bart Simpson treated his father, Homer, on The Simpsons. Or how Ed Bundy was treated by his children on Married with Children. Many of the situation comedies on network television portray fathers in particular as buffoons who are unworthy of respect and easily manipulated by their children.

Teaching your children respect involves maintaining power over them. It means being firm and adhering to your values in the face of popular culture’s persistent attempts to sway you. It also means being consistent. You must send clear messages about respect, your expectations, and the limits you set for your children. If you give in to nagging or adjust your message when it’s convenient, you’re detracting from your ability to earn their respect and exert influence over them.

Maintaining power communicates to your children that you’re in charge and asking for respect, that you expect them to live by your family’s values, and that you’re ready to enforce the expectations and limits you set for them. Maintaining power doesn’t mean being utterly dictatorial, particularly as your children move into adolescence. It means striking a balance between being completely permissive and overly strict. Parents who strike this balance allow their children to contribute to family decisions about limits, but ultimately decide for themselves what limits are reasonable. They establish unambiguous expectations and make clear to their children the consequences of transgressions. Finally, these parents follow through firmly and consistently when their children violate the limits.

Maintaining power also involves being flexible, which communicates your respect for your children. You can foster this flexibility by talking to your children about your expectations and why you set limits you on them. Engaging them in a discussion of your resolve also gives them the opportunity to convince you to be more flexible. Flexibility doesn’t mean giving in to your children. It means being open to changing the expectations and limits you place on them. If your children can persuade you through their words or actions that they deserve more latitude, you should show flexibility and give them more rein. Of course, you have to make sure that they act responsibly with the new-found respect. If they do, you may consider giving them more independence as a reward for your earned respect for them.

If they violate your respect you’ve given them, they must pay for it in a way that will help them clearly see the connection between the respect you showed them and how they broke your trust. Your children need to understand that with earned respect comes responsibility and that without being responsible, the respect—and the independence—will be lost. Invariably, your children will abuse your trust periodically; that’s just part of being young. What’s important is that they learn from these experiences so they don’t continue to abuse the freedom you give them and misuse the respect they have earned.

Jim Taylor, Ph.D., psychology, has work with young people, parents, and educators for more than 27 years. Jim is the author of 14 books, four of which are parenting books. Jim has appeared on NBC’s Today Show, Fox news Channel, ABC’s World news This Weekend, and the major television network affiliates around the country. He has participated in many radio shows. Dr. Taylor has been an expert source for articles that have appeared in The London Telegraph, The Los Angeles Times, The New York Daily news, The Chicago Tribune, The Atlanta Journal-Constitution, Outside, Men’s Health, and many other newspapers and magazines. Jim lives north of San Francisco with his wife, Sarah, and his daughters, Catie and Gracie. To learn more, visit www.drjimtaylor.com.