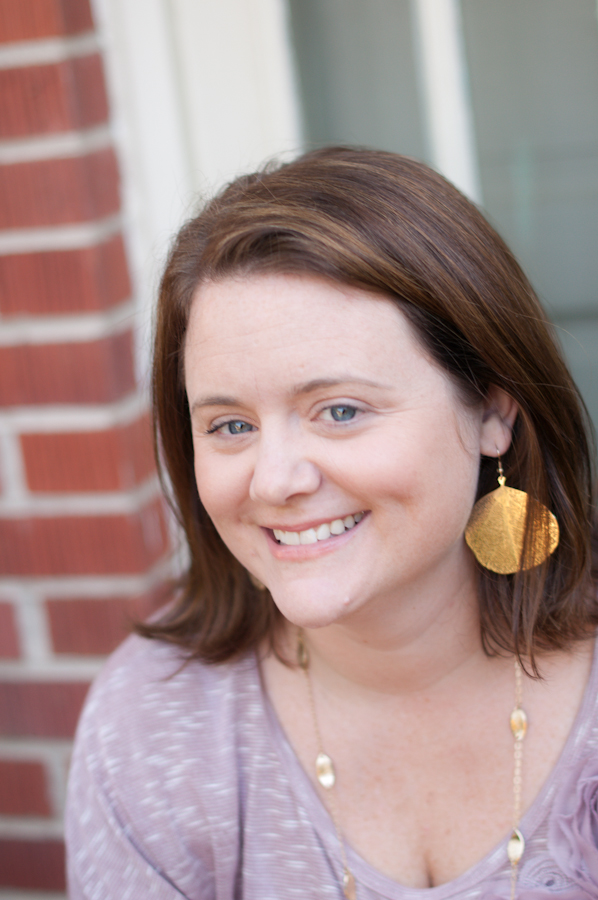 I used to be the girl on the homecoming float. I wasn’t riding at the very top with a crown on my head, and I was wearing a borrowed dress, but I was there, sequins sparkling in the sun as I waved to all my friends and family as the parade wove through the small downtown of Jasper, Alabama.

I didn’t drive a new car to school, but my Dad’s old maroon Oldsmobile, “The Hot Tamale,” which was a hit with all of my friends because it could comfortably seat eight teenagers on its two bench seats. Even though the rearview mirror fell off in my hand every time I tried to adjust it.

In college I was the married student who didn’t have time for fun and socializing because I had to get to work to pay my bills and to pay for school.

For the last seven years, I’ve been “Mom,” but not just any mom. I am “That Mom,” the one you cringe to be behind in line at Wal-Mart.

I’m the mom who has a toddler teetering precariously in my shopping cart while my five-year-old yells, “You never let me have anything!” when I refuse to let her buy a king-size Snickers bar at seven o’clock in the morning and my three-year-old is attempting to shoplift a pack of gum while simultaneously emptying my diaper bag of tampons on the floor.

I’m the mom, who after this circus side show, realizes she has no idea where her debit card is and she is out of checks.

I am now the mother who prays some sort of vermin doesn’t crawl out of my backseat when the teacher opens the back door to get my kindergartener out of the car at school.

For the last seven years I’ve been the mom raising three daughters, Aubrey, Emma and Sadie as a stay-at-home-mom and following my husband from construction site to construction site, all over the Southeastern United States. My Saturdays haven’t been spent touring the old plantation homes of Savannah, Georgia. and Charleston, South Carolina but in the bed trying desperately to catch up on sleep while my husband was home from work.

I didn’t spend my weeks frolicking on the shores of the Atlantic Ocean, unless I was carrying a baby, chasing a toddler into the surf and channeling Baywatch: The Postpartum Years. My nights have been spent wandering zombie-like from my bedroom to whichever child happened to wake up crying in the night, nursing babies, rocking babies, and writing a book when everyone else in my house finally slept.

I always thought I would be a “Boy Momma,” I had visions of myself carting three  or four little boys around to soccer, football and karate practice. Boys seemed so much easier to me as a young babysitter, working for gas money. Boys would play outside with my supervision, requiring very little interaction or entertainment.

The girls I babysat were much different. They wanted to play Barbie’s, dress-up and have full blown Extreme Make-Overs. I would do all the work while the little angels were entertained and pampered. I thought I would be a “Boy Momma” but I was wrong.

I have three daughters: ages seven, five and three-years-old. While they do enjoy a good mani/pedi, they spit, fight, wrestle and use the bathroom outside like a bunch of boys (you go ahead and think about that one for a little while.) I’m not sure what I’ve done to deserve a seven-year-old who has cleaned her ears out with tampons while I was trying to check out at the grocery store. Or a five-year-old who has McGyver’s motor skills and is so efficient with a screw driver you need to do a quick inspection before sitting on anything in my house, lest you end up on your back on the floor.

But they are mine. Motherhood is a series of bloopers and blunders. Many women try to maintain a cool facade and make this job appear much easier than it actually is.

I am not That Mother.

Robin O’Bryant is a syndicated humor columnist and stay-at-home-mom to three daughters born within four years. She finally figured out where babies come from and got herself under control. Her first book,“Ketchup is a Vegetable and Other Lies Moms Tell Themselves,” is rated #1 by reader reviews on Amazon in two genres: Humor Essays and Parenting & Families.

Visit her at Robin’s Chicks to learn helpful tips such as: how to breastfeed behind your back*, how to talk to your daughters about man parts, and how to write a proper gold fish obituary.

*Only applies to lactating women with a DD cup or larger.