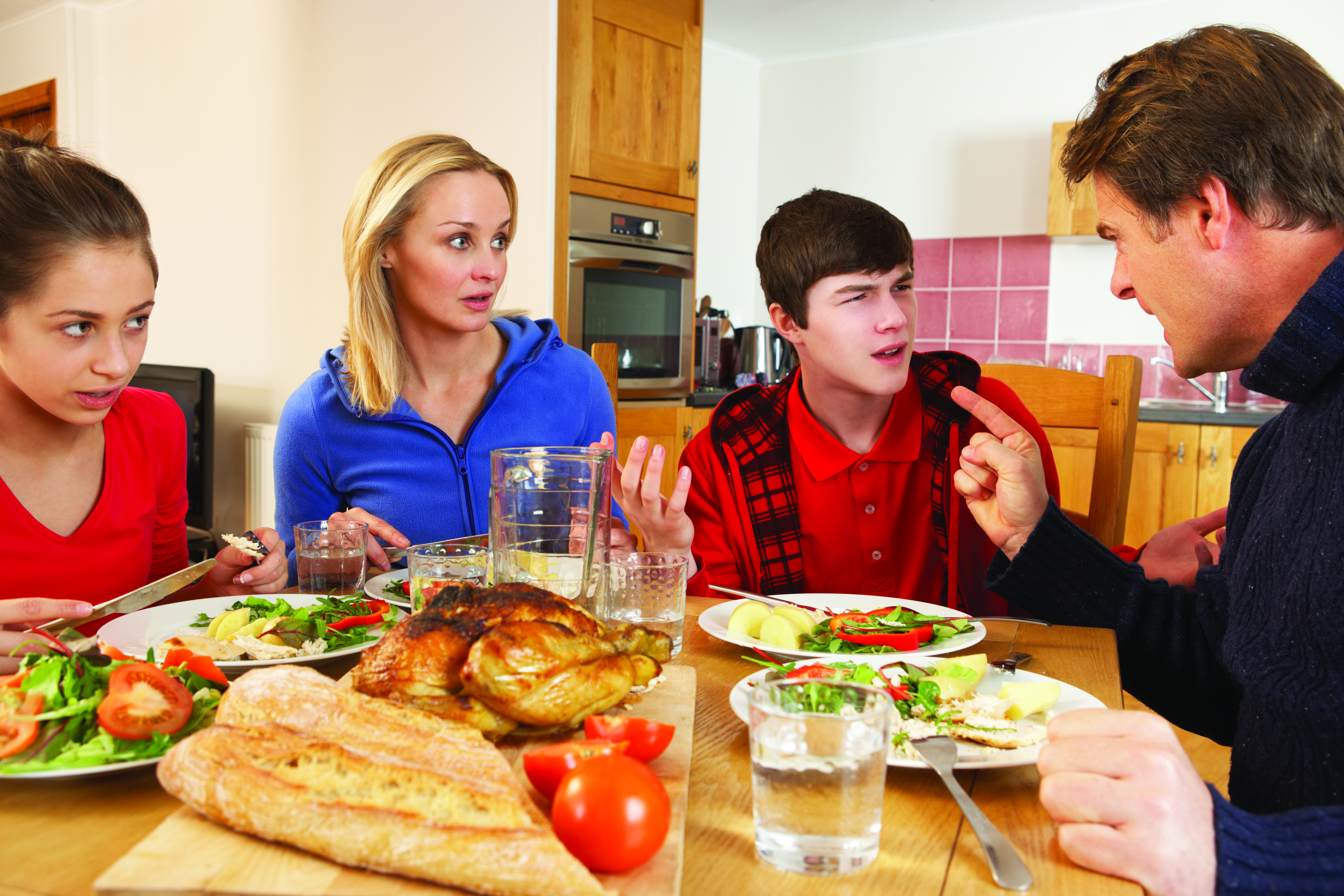 My Kids Don’t Fear Me (But Is That a Good Thing?)

My Kids Don’t Fear Me (But Is That a Good Thing?)

I have two daughters, ages 8 and 6. Overall, they’re pretty good kids, generally kind and mostly cooperative. But like most children their age, they are often stubborn, frequently resistant and occasionally disrespectful of my wife and me. I may ask them to put their shoes on so they can leave for school in the morning. Or they may not have brought their dishes to the sink after dinner. Or it’s time for them to put their pajamas on at bedtime. But in any of these situations, they don’t budge.

Now, I know what you’re thinking: My wife and I don’t set expectations and we don’t have consequences. We give in easily and we’re inconsistent. We let them slide on their responsibilities. To the contrary! We never, ever give in to them. We are loving, but also very firm. They always end up doing what we ask. But not always when we want or how we want.

As the author of four parenting books and a so-called parenting expert, I have quite a toolbox (or should I say arsenal?) at my disposal to encourage them to cooperate (or should I say bend them to my will?). I get their full attention by making eye contact and using their names (“One, two three, eyes on me.”) I ask them to stop what they are doing and listen to me. I remind them of their responsibilities. I ask them when I can expect them to do what I ask. But, unless I want to be there all day, these enlightened parenting strategies don’t always work.

As their stalling continues, I begin to get frustrated. I’m not a yeller, but I do raise my voice to get their attention and the frustration in my voice is clear. That’s when, if all else fails, I threaten them with consequences.

Now, let’s put this discussion on pause for a few seconds and have a brief history lesson on child-rearing. In previous generations and in other cultures, in general, parents were tough on their children. There were ironclad expectations and often severe consequences for disobedience (that’s the old-school taboo word for lack of cooperation) usually in the form of corporal punishment, otherwise known as spankings, whippings and beatings.

My elder daughter’s favorite books are the Little House series by Laura Ingalls Wilder. I can tell you there was no disobedience in the Ingalls household! Not only couldn’t children talk without being spoken to, but, for example, in church, the children couldn’t even move or look around, lest they get a whuppin’. The Ingalls children did what they were told when they were told to the fullest extent of their ability every time. The fact is that children feared their parents back in the day. Yet, at least in the Ingalls family, the kids loved their father and grew up to be decent and productive members of society.

So, is a little fear really that bad a thing for children to feel toward their parents?

Now, back to the present. One thing is very clear in our family and, I would assume, most families in America today: Children no longer fear their parents (I want to be sensitive to the families in which abuse occurs and don’t mean to diminish the harm it has on children). The fact is that any consequences I give my daughters aren’t really that bad. So I send them to their room. “Ho hum.” Or I take away reading for the evening “Whatever.” (Please, no comments about the value of different consequences as that is an entirely different conversation). There is an immense difference between having to face boredom and a sore rear end.

This is what I conclude about children fearing their parents. Every day I wish my children feared me even just a little bit. I am quite sure they would be much more cooperative and life would be a lot easier for my wife and me. Fear would produce great short-term results in terms of respect and cooperation, not to mention getting things done sooner, getting places faster, and generally having less family stress.

But, in the end, as attractive as it might be on those days when our daughters are being difficult and nothing I do seems to work, I just can’t go there. Fear and healthy long-term development just don’t play well together.

As a behavior modification tool, fear may be pretty effective in the short run, but the costs are just too high. Fear in childhood creates stress, insecurity, anxiety, and a host of other psychological, emotional, and physical problems later in life. Plus, when children who live in fear become parents, they use fear on their own children.

My wife and I take the long view in raising our daughters. We’re willing to suffer the stubbornness, power struggles and occasional tantrums that are an inevitable part of family life so our girls can reap the benefits in the future.

So my daughters aren’t always as cooperative as I would like them to be. So they don’t fear me, even a little bit. I can live with that. I’ll take their love, healthy development and a little feistiness any day.

Jim Taylor, Ph.D., Psychology, has worked with young people, parents and educators for more than 27 years. Jim is the author of 14 books, four of which are parenting books. Jim has appeared on NBC’s Today Show, Fox News Channel, ABC’s World News This Weekend, and the major television network affiliates around the country. He has participated in many radio shows. Dr. Taylor has been an expert source for articles that have appeared in The London Telegraph, The Los Angeles Times, The New York Daily News, The Chicago Tribune, The Atlanta Journal-Constitution, Outside, Men’s Health, and many other newspapers and magazines. Jim lives north of San Francisco with his wife, Sarah, and his daughters, Catie and Gracie. To learn more, visit www.drjimtaylor.com.