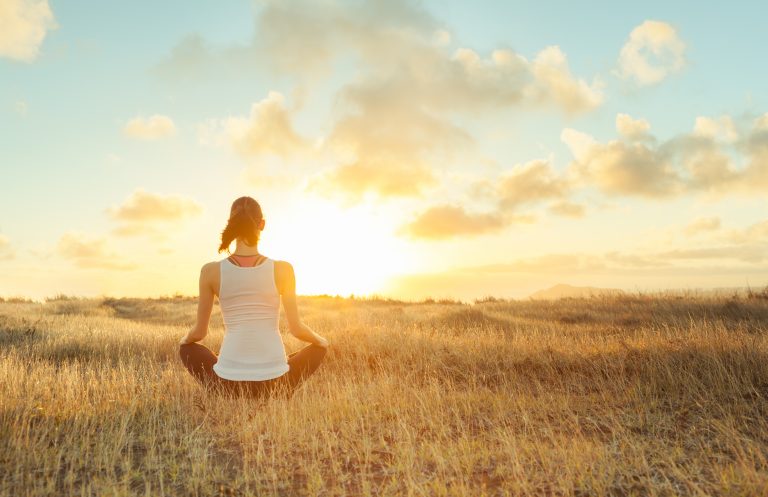 IS MINDFULNESS A RACKET?

A British author friend, Ruth Whipmann, author of America the Anxious, was shocked by something when she moved the US: everyone was so busy going to their mindfulness class and yoga class that they didn’t have time to spend with her — nor with their kids or their family.

The benefits of mindfulness — touted as a panacea for a myriad of problems from anxiety to chronic pain, has come under some debate. A few years back, a mindfulness research conference attended by the Dalai Lama and other scientists and celebrities came to a close with more of a loud bang than a quiet gong. A lot of questions and concerns were being raised about its benefits.

Thanks to a growing body of research supporting its benefits, mindfulness-based programs are cropping up in corporate workplaces, in schools and hospitals. Celebrities like Arianna Huffington are proclaiming its benefits, football teams like the Seattle Seahawks are sitting for daily meditation practice, highly successful CEOs and leaders like Congressman Tim Ryan of Ohio, author of Mindful Nation, are publicly supporting its benefits and magazines entirely devoted to mindfulness like Mindful are gracing shelves. Mindfulness has become a billion-dollar industry with books, life-coach programs and consumer goods to help you become a mindful eater, a mindful parent and even a mindful consumer! As the New York Times described, meditation “dry bars” are becoming the hot new go-to places to get your peace on and network.

After years of hype about mindfulness’ benefits, however, new questions are arising: Do the mindfulness scientists have a religious bias and agenda? Though researchers and mindfulness instructors vouch for its secularism, the presence of the Dalai Lama and Buddhist monks at these conferences does not raise any doubt as to one of the origins of mindfulness practice: Buddhism (there are others too). Many mindfulness researchers ostensibly practice Buddhist meditation. After all, research is me-search.

Can mindfulness be dangerous for our health? Researchers like Willoughby Britton of Brown University are claiming that, in some cases, mindfulness can be harmful. Are those reasons to throw the baby out with the bathwater? Not necessarily.

The more important question may be whether mindfulness really works. While thousands of studies have come out, reviews of these studies claim that, when examining the entire literature on mindfulness as a whole, it does not always stand out above and beyond other treatments. While some claim that these reviews refute mindfulness’ benefits, that claim is up for debate. If meditation’s benefits are equivalent to that of other treatments, then it’s a great option: some people would prefer to sit in meditation every day than use medication or attend therapy sessions.

Why is Mindfulness so Popular?

Rather than asking whether mindfulness is good, bad, or worthy of all the hype, perhaps the more interesting question is why it has become so popular. Why does everyone want to meditate all of a sudden?

Sure maybe it’s the marketing. But that can’t explain it’s all-pervasive nature. It can’t explain why it’s creeping its way into your workplace, healthcare facility, and onto your local military base. Perhaps it is answering an unmet need for more quiet, contemplation and calm in a world that is more and more fast-paced, whose technology is increasingly demanding our time and attention at all times of the day, and whose work loads and financial pressures are on the rise. Whether we’re CEOs or stay-at-home mothers, most of us are constantly running, overworked and exhausted. It doesn’t take research to realize that this pace of life is unsustainable and in many ways counterproductive and destructive. Is it a surprise that the use of anti-anxiety and anti-depression medication is at an all-time high? We are not equipped to meet the demands of this age and are looking for ways to calm our minds. As a consequence, we seek to balance the frenzy of our current pace of life with the complete opposite: sitting still. We need to fulfill an unmet need for more calmness, quietude, and peace of mind.

Is Mindfulness the Answer?

Is Mindfulness the only answer? It is for some people. But not for all. Remember that mindfulness has received a lot of attention because researchers have studied it. And it’s no surprise that it appeals to scientists — after all, it involves observing and labeling thoughts, feelings, sensations in the body in an objective manner. Observing and labeling objectively is what scientists and academics do. In many ways, it’s a cognitive exercise and is therefore something academics find attractive — it’s no surprise that they favor such a practice. But that doesn’t mean you have to.

If you’ve tried mindfulness and felt it is not for you, it’s important to remember that there are many ways of calming your mind and feeling at ease — mindfulness is just one of them. Breathing is another. We conducted research on yoga-based breathing practices — sudarshan kriya yoga — for veterans with PTSD and the veterans trauma was significantly reduced after one week and its benefits sustained one year later. Research shows that other methods such as practicing gratitude, spending time in nature, exercising, yoga, and leading a life that involves meaning and service all will benefit mental (and physical) health and bring greater stillness into your otherwise hectic life. You just need to find the shoe that fits. But do keep looking until you find it!

For more on the science of happiness & mindfulness, see my book The Happiness Track