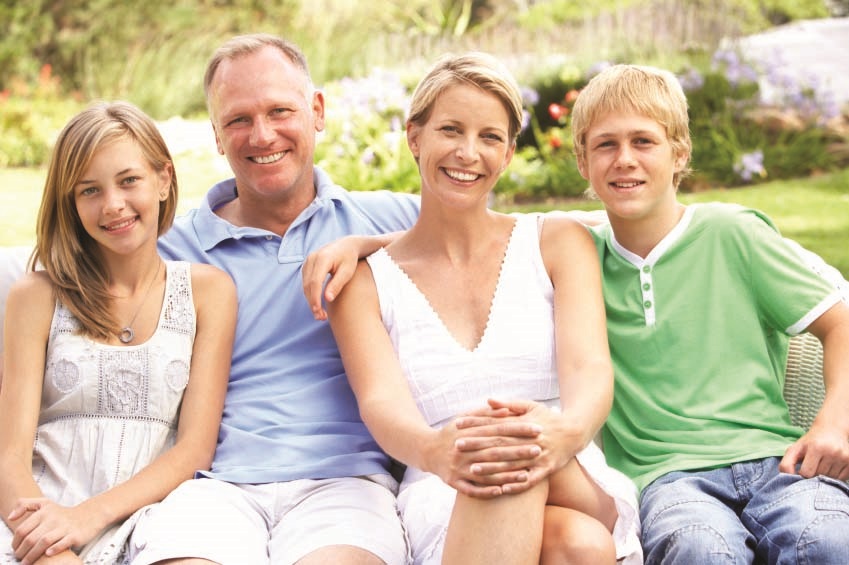 How to Raise Good (and Safe) Kids These Days

This is a question that all parents ask themselves…constantly.  There are no easy answers and, realistically, there is probably not one single answer. The important thing for parents is to at least ask and try to answer the question for their own family.

My wife, Sarah, and I are still early in the game of raising our own two daughters. Though I’m the author of four parenting books and considered a parenting expert, I’m not going to pat myself on the back for my own parenting until our girls have left for college and I have clear evidence that my child-rearing ideas actually work (though, admittedly, even then, it could be my wife’s good genes or just dumb luck if my daughters turn out okay). In the meantime, when I meet parents who have actually gotten the job done and done it well, I like to ask them for some nuggets of wisdom that they believed contributed to raising good and safe kids.

I recently ran into a long-time friend and colleague, I’ll call him Steve Barnes (he asked that I not use his family’s real names). Though accomplished professionally beyond pale, he says that his greatest achievement (in collaboration with his wife, Debra) has been raising his two daughters, Eva and Annie. Now in their early 20s, they have achieved a great deal academically to this point (Eva graduated from an Ivy League school and Annie is currently attending the same), but what is notable about them is that they are simply fine young women: intelligent, thoughtful, engaged, and compassionate, just to offer up a few descriptors. Having known them both since they were young, I can attest to the fact that Steve and Debra did more than a few things right. During our recent visit, Steve was kind enough share his nuggets of wisdom with Sarah and me.

Good people. Steve told me that his and Debra’s first goal was to raise Eva and Annie to be good people. For the Barnes girls, that meant being respectful, responsible, and kind. To that end, there were regular discussions at the dinner table from an early age about what values underlie being a good person. The Barnes parents also set very high expectations of appropriate behavior and weren’t afraid to provide some tough consequences when their daughters exhibited behavior unbecoming of a good person.

Education. Given that both Eva and Annie went to Ivy League schools, it’s not surprising that education was emphasized in the Barnes household. First, Steve and Debra were strong role models for education, both being well educated academically and in life. They also expected a great deal of Eva and Annie in their school work, but, interestingly, not in the traditional sense. Instead of focusing on grades and test scores, the Barnes parents emphasized making education a priority, love of learning, hard work, and discipline in pursuit of their daughters’ future goals. Not surprisingly, this approach to education resulted in outstanding grades and test scores for both girls, but, more importantly, a passion for knowledge and a curiosity about things.

Make the world a better place. I realize that this one is pretty cliché, but the Barnes have embodied this essential value. Steve has been an innovator in his profession, creating a number of products that have helped countless numbers of people. Debra has been active in many charitable organizations over the years. Eva and Annie got this message early and often with family participation in a variety of altruistic activities. Not unexpectedly, their educational and career paths are leading to the helping professions.

Fun. This is perhaps my favorite of the Barnes’s nuggets of parenting wisdom and one that you don’t hear often enough. The reality is that family life can be busy, disjointed, stressful, and just plain not very fun. The Barnes parents learned early on that a family that isn’t having fun isn’t a very happy family. So, Steve and Debra made fun a priority and family fun an even bigger priority.

As a result, the Barnes family had a house with lots of fun things to do and made it a place where their daughters’ friends wanted to come because their house was, well, fun (also, this was a good way to maintain some semblance of control over what their girls did). The Barnes family did a lot of fun things together as well including travel, cultural events, sports, camping, the list goes on.

Fun relieved stress, reduced conflict, and created strong bonds in the Barnes family. Steve and Debra found that if their daughters were having fun with them, the girls would want to hang out with them. The fun factor also led Eva and Annie to actually want to spend time with their parents well into adolescence and beyond, a rarity for most children once they reach their teenage years.

The four goals I just described aren’t particularly groundbreaking (though the fun factor isn’t something that you hear very much about). What is most notable is that the Barnes family achieved them so completely. But, given all the horror stories you hear about teenagers these days, I was particularly struck by what Steve and Debra focused on during their daughters’ teen years.

Safety. Is there any greater worry that parents have for their adolescent children than for their safety? These days, there seem to be so many dangers out there, whether the obvious threats, such as alcohol, drugs, and sex, or the more insidious ones, including a vacuous popular culture that reveres wealth, celebrity, physical appearance, and narcissism. And there is an old adage that daughters are blessings compared to boys when they’re young, but curses when they reach puberty, so the concerns for teenage girls in particular feel amplified.

Steve and Debra countered these worries by emphasizing safety in their daughters’ lives. They assumed that Eva and Annie would do what just about all teenagers have always done, namely, test boundaries, experiment, and take risks. With that assumption, the Barnes parents directed their efforts on keeping their daughters’ as safe as possible.

First, they educated their girls about the various risks and how to make good decisions within the context of fun and having new experiences, but with safety as the ultimate goal. Steve and Debra then collaborated with them on ways to ensure their safety within the realities of teenage behavior. A key for them was to establish a relationship of trust, openness, and lack of judgment that allowed Eva and Annie to do what teenagers do while, at the same time, encouraging communication and assistance so they didn’t do the stupid and dangerous things that teenagers do. Steve and Debra also continued their practice of having their house as the go-to place for their daughters’ friends, offering a safe haven for everyone.

“Yes, and…”. There are so many “no’s” and “buts” in parenting, all usually intended to set limits and prevent children from doing what they want to do. Unfortunately, using these two words too often can create an adversarial relationship between parents and children, causing the children to be more resistant to their parents’ efforts at protecting them and less open to sharing their experiences with their parents.

Steve and Debra chose a “Yes, and…” approach that had several benefits. First, the “Yes” affirmed rather than thwarted their daughters’ wishes, thus removing the controlling quality of most parents’ involvement in their children’s lives and signified that their parents were their allies, not adversaries. At the same time, the “and” signaled to their girls that the “victory” was not unconditional.

With this united relationship in place, the tone was set that allowed Eva and Annie to gain independence and make their own decisions while Steve and Debra maintained involvement and influence in their daughters’ lives. The result? Freedom with limits. Control, but not unfettered. Collaboration, not disconnection. Love and support, not resentment and rebellion.

Of course, none of these goals are particularly original, but what has stood out for me about the Barnes parents is their daily commitment to their goals, the balance they created among sometimes competing goals and the respect and trust they showed for their daughters. Realistically, there’s no way to tell precisely what enabled the Barnes parents to raise such healthy, happy, and successful daughters in an age and culture in which it has never been more difficult. But, whatever they did, it worked, so my hat is off to them.

Jim Taylor, Ph.D., Psychology has worked with young people, parents and educators for more than 27 years. Jim is the author of 14 books, four of which are parenting books. Jim has appeared on NBC’s Today Show, Fox News Channel, ABC’s World News This Weekend, and the major television network affiliates around the country. He has participated in many radio shows. Dr. Taylor has been an expert source for articles that have appeared in The London Telegraph, The Los Angeles Times, The New York Daily News, The Chicago Tribune, and The Atlanta Journal-Constitution, Outside, Men’s Health, and many other newspapers and magazines. Jim lives north of San Francisco with his wife, Sarah, and his daughters, Catie and Gracie. To learn more, visit www.drjimtaylor.com.