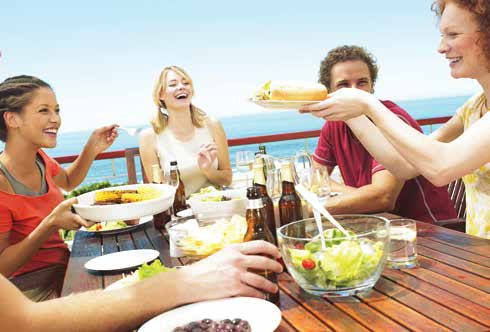 How I Can Be a Better Friend: Follow-Through

In the spirit of learning from our mistakes, two popular posts over the years have been when I admitted to my four personal biggest friendship failures and when I shared the five biggest mistakes I see other women make with their friendships. Today I add another of mine to the list.

I Am Far From the ‘Perfect Friend’
It started when one of my girlfriends was sharing with me her deep hurt at how a friend had disappointed her; she wondered aloud if it were a friendship worth saving.

The disappointment was so small thing: My friend had been in the middle of a big personal crisis, had reached out via text to a friend of hers with whom they have a several year history of talking about deep things even if they don’t talk that regularly. Her friend immediately offered to call her that evening but later needed to reschedule, and then had never gotten back to her.  A month had gone by and my friend still hadn’t heard from her.  “The last she knew, I was in crisis… but she hasn’t checked back in,” the pain was palatable.

Not a one of us would say that went down the way we’d want a friend to act if it were us in crisis. That hardly looks like “being there” for a friend.

And yet, I found myself sympathetic to this friend. We have all gotten swept up in our own lives and in the relationships and needs that are right in front of our faces. I felt convicted.

As she was telling me this story… I started thinking of far-flung friends that I haven’t checked in on in a while.  I realized I hadn’t remembered to send a note to a friend on the anniversary of a death that I knew was hard, I hadn’t texted my friend who had applied for a big job to see how the interview went, and I hadn’t yet reached out to one of my girlfriends who I saw on Facebook had to take her little girl to the emergency room last week. Granted, if any of them had written me I would so be there for them, but…. I wasn’t initiating.

I first felt guilt. Then overwhelm. Then some defensiveness.  Then some regret. Then some sadness. And then I felt panic: What if any of them felt neglected the way my friend is feeling about her friend?  What if one of my friends took my lack of follow-through personally?  Or needed me to reach out and I hadn’t? Do any of them feel less loved by me? *gulp*

How I will Practice Follow-Through

I’ve never had any fantasy that I am the perfect friend–and seeing how I can be so present and available to you when you’re in front of me, but then not show my love by following up with you–confirmed that I have a lot of room for growth.

Here are the two commitments I have as I embark on focusing more on becoming a friend who follow-throughs when I know big things are happening in the lives of my friends.

She’s scheduled to have a hysterectomy next month? Set a reminder a week before and a week after to check in with how she’s feeling.  She called me and confided in a fight she’s having with her husband? Set a reminder next week to check in with her.  She mentions how much she hopes she’ll get a raise next month? You know the drill. It’s no less sincere; in fact I’d argue it shows just how much I care. I will calendar in what matters. We don’t feel less thought of when someone has our birthday in the calendar, why would we if they decided we were important enough to remember?

It’s that last one that guided me to say to my friend who was struggling with her friend, “Do you believe it was malicious? Was she trying to hurt you?” (A new favorite question of mine to help put into perspective the difference between someone hurting us vs. us feeling hurt by someone!) She immediately knew it wasn’t.  I encouraged her to reach out; we can’t end friendships every time someone isn’t amazing.

They had an amazing talk.  Her friend, of course, felt awful and was so apologetic.  And they built their friendship stronger because they were both willing to show up with honesty and compassion.

I feel a little scared to put this expectation on myself (and am hoping not too many of my friends read this and get their hopes up! ha!) but I’m committed to growing and becoming a better friend when I can. Even if I have to schedule it in to practice.

Now, I wonder how my friend who recently filed for divorce is feeling… I’ll go shoot her a little note! Anyone you want to reach out to?