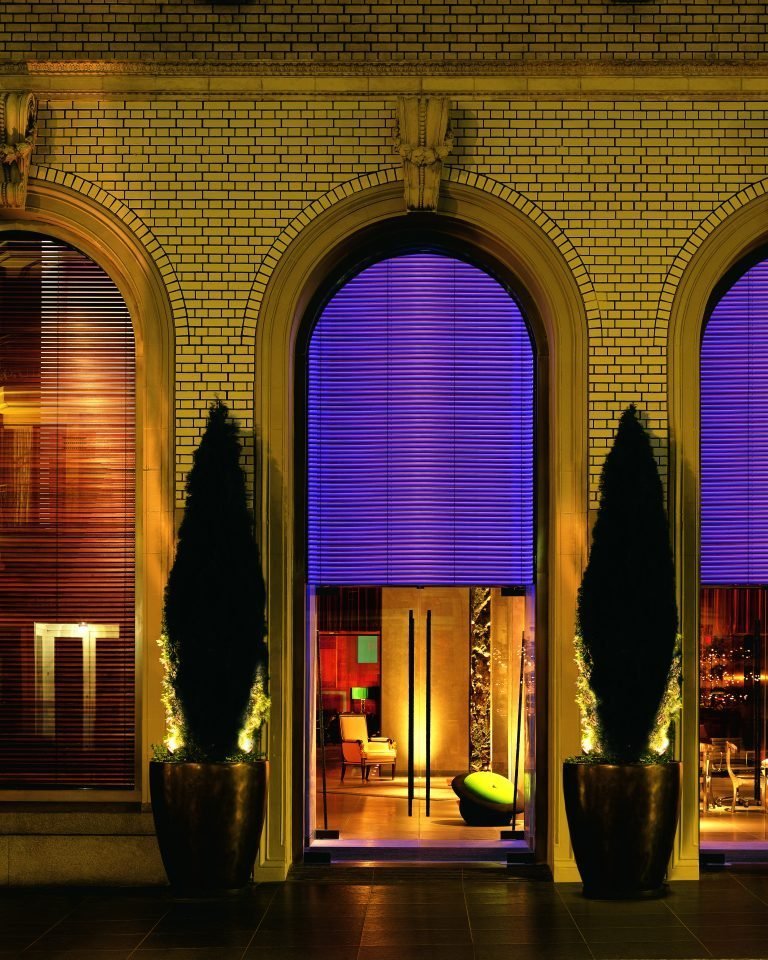 Posh, hipster hotels are a dime a dozen in San Francisco, but in a city with so much interesting history and eclectic character, why not stay somewhere that parallels that rich past? In that respect, The Clift Royal Sonesta Hotel stands alone. This historic hotel is located two blocks from Union Square at the intersection of Geary Street and Taylor Street, in San Francisco, California.

In the past 100-plus years since The Clift has been open, it’s seen numerous renovations and changes of ownership, but its elegance and character has remained intact. The hotel opened in 1915, under the ownership of Frederick C. Clift, an attorney who inherited the plot of land where the hotel stands today. The architect of the original 300-room hotel was the same man who designed the Palace of the Legion of Honor — Mr. George Applegarth.

The hotel became renowned as the largest hotel in California at the time, and it also garnered fame from its claim as being the first hotel in San Francisco to be both fire and earthquake proof.

The Clift Royal Sonesta also boasts being the first US property owned by The Four Seasons Hotel franchise, which purchased the hotel in 1976, and thus the hotel was renamed The Four Seasons Clift Hotel in 1978. Since then, the property has been bought, sold, and renamed a few more times, and has undergone a huge $50 million dollar renovation by famed interior designer Philippe Starck, re-opening on August 3, 2001. Thanks to Starck, the hotel boasts an eclectic and notable furniture collection that includes chairs from Ray and Charles Eames, and furniture by Salvador Dalí.

The Clift Royal Sonesta Hotel is elegant, no doubt, but it has a certain eclectic charm that adds interest and individuality, and makes the hotel stand apart from its neighbors. The Clift captures that elusive classy, yet bohemian spirit that San Francisco is so well-known for. From its unconventional, yet fashionable lobby furniture to its soothing but still charismatic guest rooms, the hotel ensures a memorable and comfortable stay.

Comfort is a priority at The Clift, where guest rooms are decorated in soft, soothing colors of ivory and gray, with pops of pretty oranges and lavender — said to mimic the colors of a California sunset. Archictect Philippe Starck was inspired by the California Gold Rush when he designed the guest room’s wooden wheelbarrow lounge chairs.

The Clift also offers guests use of complimentary bicycles during their stay, valet service, access to a 24-hour business center and a 24-hour fitness center. In-room massages are available, upon request, and the hotel is dog-friendly, as well. Babysitting services, dry-cleaning services, and turn-down services are all available upon request.

One of the oldest bars in SF, the historic Redwood Room has entertained many Bay Area locals throughout the years, opening in 1934. The Redwood Room is named after its 2,000-year-old redwood slab bar, and has been renovated to the upscale, modern and elegant space that it is today. The bar attracts clientele of all walks, including club-goers, date-night lovers, and curious tourists. Enjoy small bites with sophisticated cocktails.

The Living Room is the ideal setting to relax and people watch, with cozy, plush seating, soft lighting, and the ambiance of an austere English club room. Sip on aged whisky, a local wine, or perhaps an after-dinner cordial.

(In-Room Dining is also offered, with options ranging from a full-course dinner to light morning pastry and coffee.)

In 2015, The Clift was awarded the Good Earthkeeping Award by California Hotel & Lodging Association, and their commitment to reducing their carbon footprint is remains admirable.

One of the hotel’s most endearing eclectic charms is their rooftop bee sanctuary, where local beekeeper Roger Garrison looks after maintaining the hives. The resulting honey is lovingly served in craft cocktails and seasonal dishes at The Clift.

The hotel encourages guests to help the cause by giving the option to forgo housekeeping (if staying two or more nights) by placing a designated door hanger on their guest-room door. Guests who choose this option will be thanked with a $15 food and beverage voucher for each day of their stay.