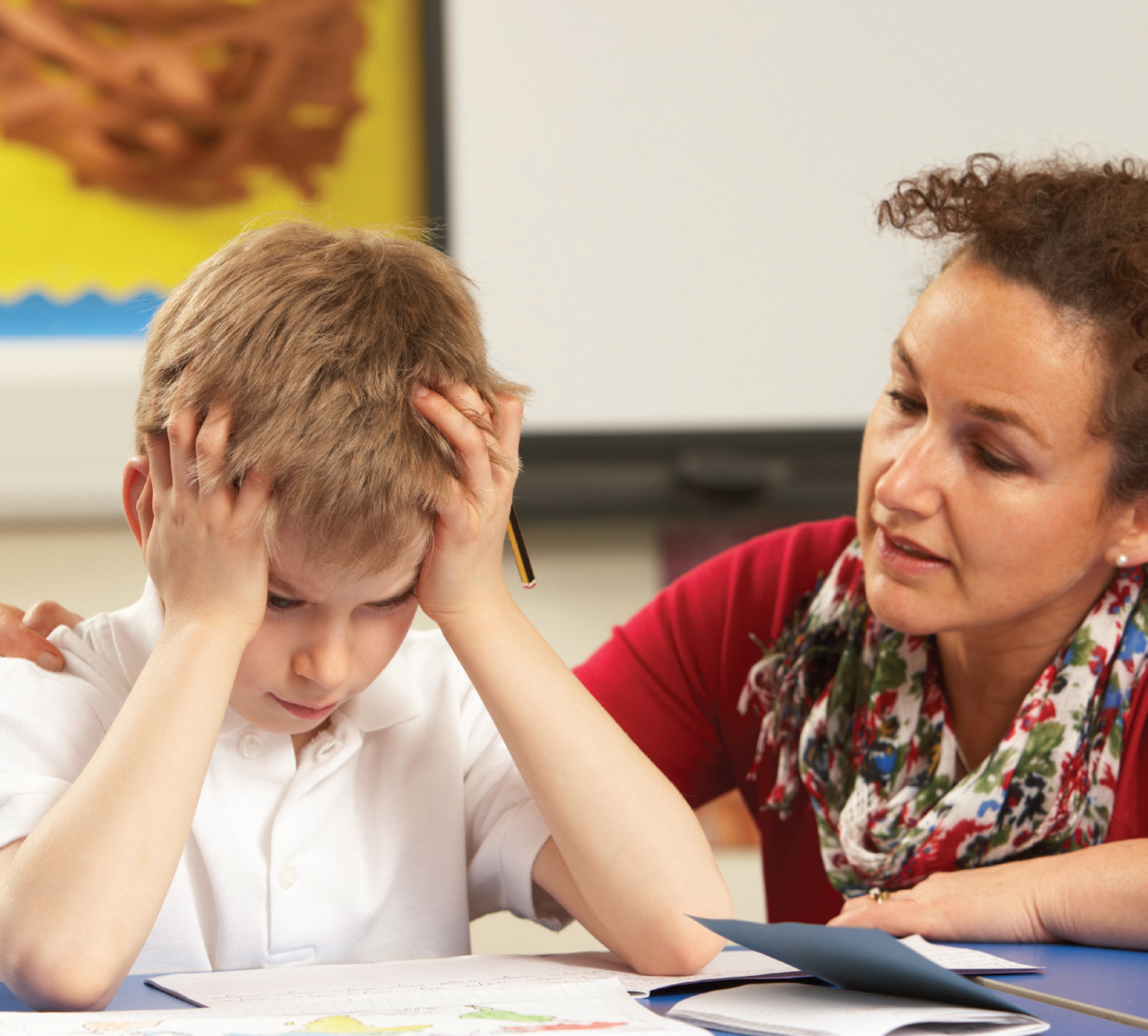 Hope for the Angry Child

I haven’t spoken of this experience for over fifteen years; I have definitely never written about it. Yet, when the memories of this time came rushing back, I had to pull off the highway and find a gas station where I could scribble my notes. It’s taken four weeks to transform my notes into readable form, but I have no doubt the timing of this message is perfect for someone reading today. This is my story … and Vince’s* story …

*Name has been changed

I had just one year of teaching under my belt and was taking classes towards my master’s degree in special education. Though barely qualified to teach students with challenging behavior disorders, I quickly assessed that academic training wasn’t going to make me a successful teacher–it had more to do with the connections I made with my students.

The way this particular school set up its special education program for behaviorally challenged students allowed me to form lasting bonds with my students. Rather than having a self-contained classroom, I had one-on-one time with each of my sixteen students throughout the school day. By providing direct support to the children and their teachers, the school district believed these exceptional students could be successfully mainstreamed into a tradition classroom. Furthermore, it was not unusual for me to work with a particular student for multiple years.

Such was the case with Vince*. Vince had compliance and anger issues but we had made significant strides in our first year together. Vince was an adorable child who looked forward to our one-on-one lessons and my frequent check-ins to his regular classroom.

On this particular evening, a typical event for a new school year was taking place. It was “Meet the Teacher” night. All the teachers were lined up, preparing to walk across the stage as we were introduced. As we waited for the principal to take the podium, I noticed Vince’s mother making her way through the crowded gymnasium. She was coming straight toward me in breathless haste.

When she spoke, I thought I did not hear her correctly – there was no way I could have heard her right. As the blood drained from my face, I leaned closer praying I had misheard. Vince’s mother repeated the words that seemed incomprehensible, unbearable, and repulsive to my ears.

Vince killed his kitten that afternoon.

As his mother rambled on, I heard nothing. I forced myself to stay composed although all I wanted to do was fall to my knees and sob.

Somehow – I don’t remember how – I made my way across the stage when my name was called. I struggled to hold my sweaty, shaking hands together thinking only of the tiny kitten, praying it did not suffer.

You see, before I became a mother, my pets were my babies. In fact, I loved all animals from a young age and would do anything to save one even if it meant putting myself in harm’s way.

I was the child who was known to stand my ground at the trunk of a tree until the dog went home and the terrified cat could get down safely. I was the teenager who was reprimanded by my driver’s ed instructor for swerving to avoid a dog. In front of my peers, the teacher yelled, “Next time, there is no choice! You must hit the animal to save yourself!”

But despite his scary and humiliating rant, I did not cower. I looked him right in the eye and told him I would always save an animal if I could.

Now here I was seven years later wondering what to do with this—the intentional harm of a helpless animal by a child that I cared for deeply. As distressing as it was to think about the kitten, I had taken enough psychology courses to know this was a deeply troubling sign for Vince.

That night, I did not sleep. I cried for the kitten. I cried for the boy whose heart did not enable him to love and care for an animal. I cried for myself because I still had a school year ahead of me to teach this child. How could I get past this?

The next morning I walked into school with swollen eyes and a conflicted heart. An older and more experienced staff member who had heard what happened stopped me and asked, “What are you going to do? There’s not much hope for that one now is there?”

Those standing around regrettably surmised where this boy would be in about fifteen years; the outlook was not good.

I kept my fears and uncertainties to myself and made my way to my small classroom. Vince was my first student. He always needed my boost of encouragement to start his day. I typically went to his classroom and escorted him to mine.  Normally, I would be all smiles, offering him my hand and pepping him up for a day of positive choices and hard work. But on that day, my feet were as heavy as my heart. I felt like I was on the verge of throwing up.

I walked to Vince’s classroom door. There he stood waiting for me. Immediately I noticed something was different. He was unusually reserved—almost shy. He did not say a word as we walked down the hall to my classroom and took our usual spots at the round table. Normally, there would be a lesson waiting there, or dolls to use in role play, or a behavior skills game to play. But not today. Today the table was empty.

“I killed my cat,” Vince unexpectedly blurted out, bursting the heavy silence that filled the room. He then looked down sheepishly.

My mouth went dry. Barely moving my lips, I whispered my response. “I know. Your mother told me.”

He looked at me with anxious eyes as if waiting for more—as if waiting to hear what his beloved teacher thought and felt about his actions.

“My heart is broken by what you did,” I said my voice quivering.

Vince looked ashamed. His cheeks flushed a vivid red hue. He looked as if he was preparing for the worst – as if I might tell him that I could no longer work with him.

But then I said something I wasn’t expecting to come out of my mouth.

“But I still believe in you.”

Vince’s head snapped up in disbelief. “But you love cats!” the small boy emphatically cried out pointing to the picture of my fat Calico cat prominently displayed on my desk (which coincidentally sat next to my “365 Days of Cats” calendar).

And then because I needed to hear them again just as much as he did, I repeated the same words—this time with more conviction.

“But I still believe in you.”

And suddenly the anger, fear, and uncertainty that darkened his pupils subsided. What remained was a glimmer of something unfamiliar, yet warm and promising. Vince was merely a child, but he wisely understood that what I had just offered him was a piece of my heart.

Vince reacted just as one could only hope when trusted with such a precious gift. He solemnly vowed, “I promise, Miss Macy. I won’t do it again.”

Although I wanted to ask why he did it – among a hundred other questions – I knew that was territory I must not tread. Thankfully, Vince would be receiving help from someone skilled in this area so I vowed to do what I did best –  connect, encourage, believe, and see the good in this child. I prayed that Vince could feel small measures of success each day and eventually defy the odds.

Vince and I worked together for four years until he attended a new school. Despite my eventual move out-of-state, we kept in touch for about five years. Periodically, I would receive a letter from Vince or his mother. The common theme of each letter was that he wanted to come visit me someday. Vince and his family experienced their share of challenges and set backs, but they always had hope.

Ten years later – when the naysayers had speculated the worse would unfold  – Vince found me through the magic of social media. He informed me that he had earned his high school diploma and was taking college courses. He was writing a book and was was doing great things with a community youth group.

Vince had defied the odds.

And to me he said this: “Thank you for being the teacher who believed in me. School was never the same after you, but you stayed in my heart and always will.”

The day Vince admitted his tragic wrongdoing will be engrained in my mind forever. It would have been easy to go where so many went that day – believing there was no hope. I very well could have written Vince off forever because of his grave mistake.

Instead, I offered these six words: “But I still believe in you.”

For years I have wondered why those words. At what point did I decide I would not give up on him? It was the morning I walked into school and the staff member asked what I was going to do. In that moment, I saw a back turn on Vince. I knew it would be the first of many that would turn their backs on this child. There would be many who would give up and walk away.

Although I couldn’t forgive him for taking that kitten’s life, it didn’t mean his life should be thrown away too.

I once stood under a tree protecting a living being until danger was gone …
I once swerved my car to avoid taking a life …
Why would I do anything different now?

Vince’s life was worth saving.

I would not turn my back on him.

Friends, I am simply the messenger on this “Hands Free” journey, and it is by the grace of God and a remarkable young man that I have this message to give:

Our children will make mistakes.

These mistakes will likely grow in severity as they get older.

But a mistake doesn’t warrant abandonment, condemnation, or disownment.

Be the one who doesn’t turn and walk away.

Be the one that stays and says, “I don’t condone what you did, but I still believe in you.”

Then foster the goodness that resides deep within that troubled heart – even if you have to dig to find it. Believe it is there – even if you are the only one who does.

Because one day that child will grow into a young adult who has choices that can either harm or contribute to society. And when that time comes, there you will be – a flutter in his heart, reminding him he was once worthy of saving and still is.

Rachel Macy Stafford is a certified special education teacher with a Master’s Degree in education and ten years of experience working with parents and children. In December 2010, this life-long writer felt compelled to share her journey to let go of distraction and grasp what really matters by creating the blog “Hands Free Mama.” Using her skills as a writer, teacher, and encourager, Rachel provides readers with simple, non-intimidating, and motivating methods to let go of distraction and connect with their loved ones. Rachel’s work has been featured on CNN, Good Morning America, Global News, USA Today, TIME.com, MSN.com, The Huffington Post, and Reader’s Digest. Her blog currently averages one million visitors a month. Rachel’s new book, HANDS FREE MAMA, is a New York Times Bestseller.