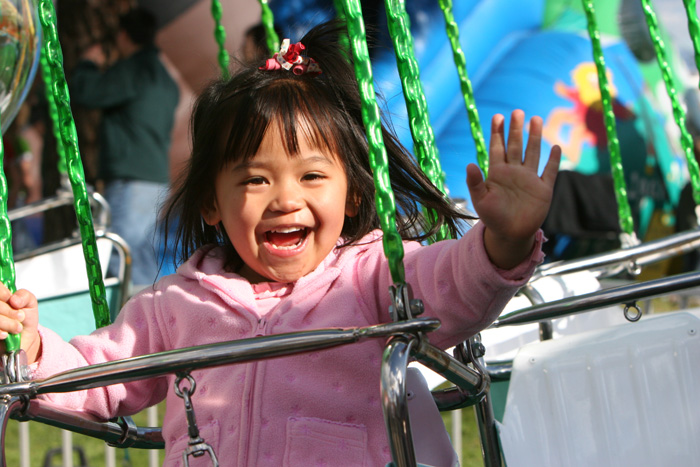 Holding on while letting go

Those of you with babies, toddlers, or extremely cute little children–perhaps the kind missing their front teeth–may not want to read any further. I’m about to talk about the process of letting go, which happens to be something I’m learning a lot about right now as I integrate the fact that the best college for my son (of the ones he was accepted to) is 3,000 miles away.

First, don’t get me wrong. I’m not one of those parents who doesn’t want my son to grow up. (“Ha!” those of you who know me well are saying.) Okay, I haven’t exactly been thrilled at the idea that he will someday move on and out, but still, all of my parenting has been aimed at helping him develop autonomy, maturity and a commitment to becoming the young man he’s meant to be.

Well, that’s all well and good in theory, but when you see The Departure looming around the corner, this letting go thing becomes very real.

So here we are. He’s still a high school senior. I still made him something to eat before he went to school and a lunch to throw in his back pack. I canceled dinner plans because I found out he had a home volleyball game and we both wanted me to be there. I’m still parenting in that sense, at least for another couple of months.

But I’m also far less aware of where he is at any given time. He stays up later than he should and I’ve generally accepted that when he goes to sleep is his business. He makes—and often eats—strange foods, like the two bags of pasta he made with his buddy the other night with pesto and alfredo sauce, accompanied by bread. (Ugh.) He went to the weekend Coachella concert in Palm Springs and I didn’t know exactly where he would be staying (on the floor of a motel room with friends.)

I have a deep love/hate relationship with this process. Like most parents, I rather savored the phase where I was a mini-god in my son’s eyes. As annoying as it was to have him follow me into the bathroom when I took my shower (one benefit of which was that I learned how to write little sentences backwards on the shower door to enhance his reading), I loved that he could hardly bear to be apart from me.

Fast forward to now. He can, shall we say, handle being apart from me. He loves being with friends, and he loves his solitude.

And…we are, in a sense, closer than ever. It’s hard to describe. Those of you who know what I’m talking about, know what I’m talking about. The moments we’re in the same room may be fewer, but there’s a depth and quality to our connection that’s extraordinary. The love is deeper, in a way. There are actually moments where I suspect he even appreciates me a little. And most of all, he tells me things about his life and his experience which bring me straight into his heart.

It’s a dance, this holding on and letting go. I am for sure a neophyte, still learning the steps, stumbling a whole lot and probably making a fool of myself out on the dance floor.

But I love it. I love watching him interact with people, coming across as a young adult rather than a boy, only to see him goof around like a seven year old a few minutes later. I love watching him handle disappointment with the grace of an adult, and then reach for comfort from his mom when things get rough. I love seeing him argue politics with someone three times his age. I even love that he found the right school to further his passion for politics and international studies, despite the fact that it means I’ll be seeing him less.

I know we’ll stay in touch, because we’ve been working on figuring out how to do that for eighteen years now.

But then again, ask me how I’m doing come September.