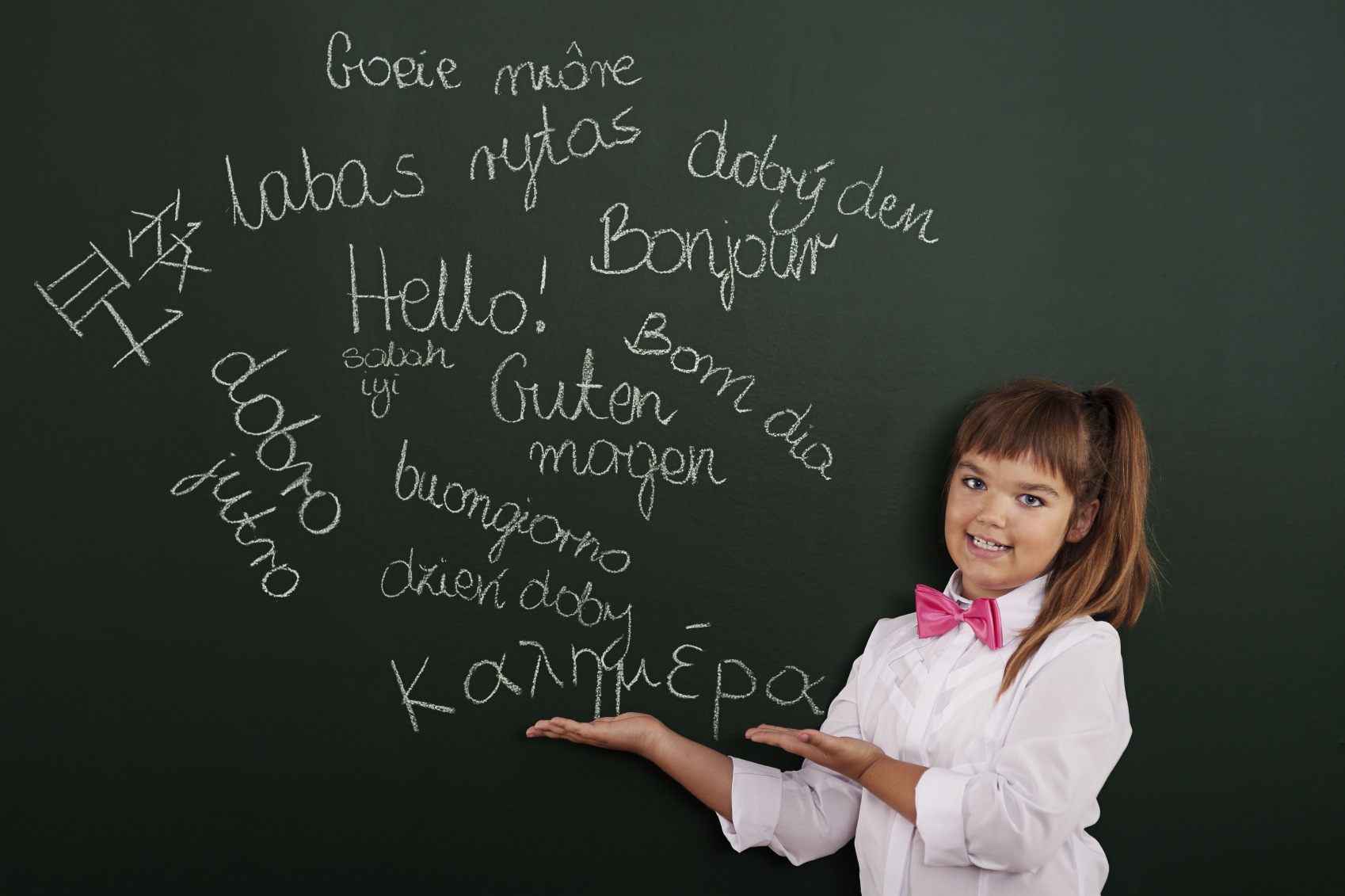 The benefits of learning a foreign language are currently making headlines.  In recent years, researchers have debunked prior myths regarding second language study.  Cornell linguistic researchers have determined that learning a second language does not cause language confusion, language delay, or cognitive deficit.  On the contrary: studies now repeatedly demonstrate that foreign language education substantially improves a student’s academic success.  In addition, it increases critical thinking skills, creativity, and flexibility in the minds of students. As a parent, there is a lot to get excited about when considering the profound benefits of second language study for our children.

Second language study can help alter the trajectory for students of average intelligence.  In short, it can narrow the achievement gap.  All students, even those with learning disabilities or those unaccustomed to achievement in a traditional class setting, have the ability to learn a foreign language – and excel.  Foreign language study can actually improve reading scores of children of average or below average intelligence. The benefits are enormous in terms of self-esteem and satisfaction at school.

Numerous studies have determined that time spent learning a foreign language strongly reinforces all core academic areas of study: English language literacy, social studies, and math. Armstrong and Rogers in their book, Basic Skills Revisited: The Effects of Foreign Language Instruction on Reading, Math and Language Arts state that second language learners consistently out perform monolingual control groups in core subject areas on standardized tests, often significantly. In fact, one study found that students scored notably higher in language arts and math after only one semester of foreign language study. Several studies indicate that bilingual students outscore monolingual students on verbal and nonverbal intelligence tests. Learning a second language enhances knowledge of English structure and vocabulary.  These students possess a greater grasp of their own language including a larger and richer vocabulary. Bilingualism also aids in the development of verbal and spatial abilities.

Foreign language study is one of the most effective means of helping children achieve intercultural competence. In this era of multiethnic and multicultural societies, early foreign language study serves to build a child’s cultural competency in a way that no other discipline can.  Children gain valuable insight when they experience exposure to cultures they perceive different from their own.  Piaget posited that at age ten, children are in the process of moving from “egocentricity to reciprocity”: it is a critical time in the development of attitudes towards groups perceived as “other”.  Learning a language helps a child connect with another culture while they are still open-minded.  They have not yet begun to restrict their view of others.

Foreign Language Competence – A Necessity in the 21st Century

There is no question that competency in a foreign language enhances career opportunities.  As we move towards a global economy the ability to communicate and relate with other cultures will not only help our economic competitiveness abroad, but will open the door to a variety of exciting and rewarding career opportunities.  The need for fluent bilingual speakers is on the rise.  According to the U.S. General Accounting Office those who have the ability to speak both English and Arabic or Chinese are in demand.  In addition, the benefits of foreign language study last throughout one’s lifetime. Recent research indicates that knowing two languages may help stave off age-related mental decline. When researchers compared monolingual to bilingual adults in terms of cognitive function, bilingualism seemed to offer a protective benefit.

The Growing Room Academy is pleased to announce our comprehensive Foreign Language and Cultural Studies program at our new Crow Canyon location. As we seek to better serve the Tri-Valley community, we hope to enrich both student and family by offering a foreign language curriculum that will promote academic success, cultural competence, and a strong sense of community in our children.

Robin Stephens holds a bachelor’s degree in Human Development and Family Studies with a focus on early childhood/adolescent development, family systems, and socio-cultural perspectives of the family.

Growing Fit (Health and Fitness) and Growing Tall (Character and Citizenship). Robin Stephens holds a bachelor’s degree in Human Development and Family Studies with a focus on early childhood/adolescent development, family systems, and socio-cultural perspectives of the family. For more information, visit www.thegrowingroom.org.