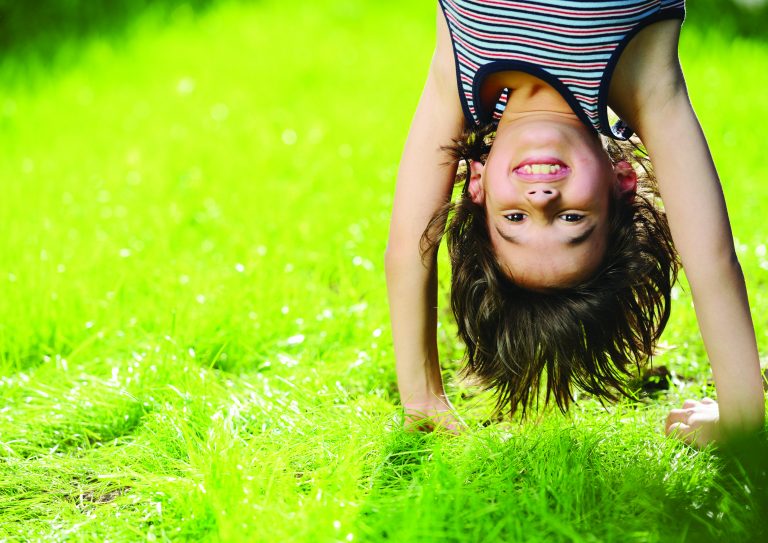 Grit is the buzzword among parents today. But are we focusing on the wrong thing?

Jennifer and Doug were in my office to talk about their 10-year-old son, Jason. Jason had tried (and rejected) more than half a dozen activities that his parents had tried to interest him in. Dad had been an avid baseball player, but Jason tried it and quit. Soccer? No. Gymnastics? No. Piano? No again. Jason’s parents were deeply worried about his apparent lack of grit and had consulted me for guidance.

They were loving parents who wanted the best for their son, wanted him to excel and be happy. They had tried almost everything: encouraging, cajoling, rewarding, bribing and eventually insisting that he pick an activity and stick with it. They read about grit, talked with Jason about grit and reminded him that failure is part of the journey to success. Nothing seemed to work for long, and Jason was now starting to withdraw emotionally from his parents.

Everyone seems to be talking about grit these days. From best-selling books to popular TED talks, grit — “the tendency to sustain perseverance and passion for challenging long-term goals” — has been making headlines. According to Angela Duckworth, the psychologist and researcher most closely associated with the concept, grit is a better predictor of success than intelligence or talent.

It sounds like we should all get more grit, doesn’t it? But our collective emphasis on grit is causing us to overlook other critical skills, and that oversight is having real consequences for our children.

Kids like Jason remind us that focusing on grit alone is not the recipe for success, and may even backfire. What Jason’s parents really needed to do first was help him develop his emotional intelligence: his ability to recognize, understand and manage his feelings. Without that critical skill, when Jason felt frustrated or bored during the activities his parents encouraged him to try, those feelings often derailed him.

Jason’s parents were leaning heavily on messages promoting grit (e.g., don’t quit, you can do it if you stay focused and work hard) but spending little time helping Jason learn how to manage the feelings that he experienced when things didn’t go as he hoped or expected.

Recent research bears out this conclusion. When psychologists at the Yale Center for Emotional Intelligence compared grit with other traits and abilities, they found that grit was less important to success than one’s ability to regulate emotions.

At its most basic, emotion regulation is what happens in the space between recognizing feelings and choosing how to respond. It allows us to respond instead of react. So, instead of yelling, we pause and take a deep breath. Instead of blaming, we invite problem-solving. Instead of worrying, we refocus our thoughts on positive outcomes. Instead of withdrawing, we seek support from others.

To test the relative importance of grit vs. emotion regulation in predicting achievement, the Yale researchers analyzed indicators of success in high school (such as recognition, honors, GPA and satisfaction) along with measures of students’ grit and their emotion regulation skills.

They found that students’ ability to manage their emotions was predictive of success, but grit was not. To put it another way, kids who have learned the skill of emotional self-regulation are more likely to be successful than those who are only “gritty.”

Why? Because kids who know how to manage and influence their emotions have higher stress tolerance, better social skills, greater attentiveness, less anxiety and depression, and a host of other advantages.

In contrast, kids who are encouraged to be “grittier” can experience higher levels of stress and anxiety, particularly when they are pushed toward goals for which they have little enthusiasm. This was Jason’s experience.

A U.S. Department of Education report on grit found that “persevering in the face of challenges or setbacks to accomplish goals that are extrinsically motivated, unimportant to the student, or in some way inappropriate for the student may potentially induce stress, anxiety, and distraction, and have detrimental impacts on students’ … psychological well-being.”

When we push our kids to be grittier, we risk undermining the very success we are hoping to facilitate. This was definitely the case with Jason: He had little interest in the activities his parents had so far encouraged him to try. To make matters worse, Jason had few tools — that is, emotion regulation strategies — to manage the stress and anxiety amplified by his parents’ efforts to push him to persevere. This dynamic had created a negative spiral of stress, anxiety, perceived criticism and withdrawal.

Does the Yale finding on the significance of emotion regulation contradict the research on the goodness of grit? Not really. As the study’s authors explain, grit “can be expected to be most important for goals where individuals have substantial choice. While students might be passionate about some subjects or activities, they are unlikely to be passionate about all subjects in high school. Thus, grit might be a better predictor of achievement in self-selected narrower goals, such as performance in elective courses or extracurricular pursuits.”

This is a critical difference. If a child has passion, but is lacking in perseverance, encouraging grittiness may be helpful. If, on the other hand, passion and interest are lacking, then focusing on grit may backfire, like it did for Jason.

As for Jason, his parents resolved to stop pushing and to start facilitating instead. They decided to allow their son to take the lead in identifying his interests, being mindful too that passion may not only be found, it may also be built. His parents also committed themselves to incorporating more emotion skills-building practices — such as empathy, perspective-taking and feelings talk — in their daily interactions with each other and their son.

Jason is becoming more adept at identifying his feelings and, together with his parents, is learning a variety of emotion regulation strategies so that when he experiences — inevitably — stress, anxiety or other strong emotions, he now has the tools to manage them.

He is also planning to sign up for a pottery class.

Bio:
Dr. Erica Reischer is a psychologist, author, and parent educator. In addition to her Oakland-based private practice, she writes for The New York Times, The Washington Post, Psychology Today, and The Atlantic. She is the author of What Great Parents Do: 75 Simple Strategies for Raising Kids Who Thrive.