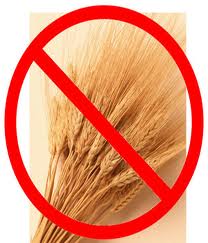 Most everyone at this point has heard the term, “gluten-free.”  Many may wonder if gluten is affecting their health and how to go about implementing a gluten-free lifestyle. Today the word, gluten, is used rather loosely in the term, gluten-free. The fact is that all grains, including corn and rice, have gluten. Gluten is the protein clusters of a grain. The specific protein molecules that bother those who are gluten intolerant are alpha gliadin (present in wheat including spelt and triticale), hordein (in barley) and secalimin (in rye). To go “gluten-free,” you would need to remove these grains from your diet including any products made from them such as flour. Besides the obvious foods such as bread, cakes, crackers, etc., gluten can also be present in soy sauce, French fries, chips, processed meats (including hot dogs, bacon, and deli meat) medications, supplements, cosmetics and other body products. Oats do not contain gluten but typically become cross contaminated during growth, processing and packaging.

Gluten intolerance is associated with disruption of the digestive system, skin, nervous system, immune system, decreased energy level, joint function, and behavioral and mood regulation. To make it more confusing, the symptoms can vary among individuals and can range from mild to severe. Gluten tolerance is also associated with Celiac Disease (CD). For people genetically predisposed to CD (having one or both of the genetic markers HLA-DQ2 and HLA-DQ8), their body has a specific autoimmune response to gluten that damages the villi of the intestine (called villous atrophy) resulting in malabsorption of nutrients and other health issues. It is estimated that over three million people have CD. Stephen Wangen, M.D., author of Healthier without Wheat, states that recent studies show that non-Celiac forms of gluten intolerance are up to 30 times more common than CD and may affect up to 15% of the population.

In recent years, the gluten-free food market has grown and evolved dramatically. Packaged Facts, a market research firm, reported a 30% compound annual growth rate for the gluten-free market from 2006 to 2010. The firm predicts the market will grow to five million by 2015. As a result, there are many great products available for people who choose to be gluten-free. Companies and bakeries make great replacements for items such as cupcakes, bread and pasta. Grocers such as Whole Foods Market, Sprout’s Farmers’ Market and New Leaf Market offer a vast selection of gluten-free products. Restaurant chains such as BJ’s Brewhouse, Old Spaghetti Factory, Olive Garden, P.F. Chang’s, Ruby’s Diner and Red Robin now offer gluten-free options on their menu.

Those who adhere to a gluten-free diet to improve health issues should be aware that the body can also cross react to foods the body perceives as similar to gluten. For example, the protein in dairy (specifically cow’s milk) is very similar in structure to gluten and very often cannot be digested properly by gluten intolerant people. To complicate things further, the symptoms of various food intolerances can manifest very differently (such as chronic sinus infections, acne or asthma) making it hard to identify or associate with food intake. This is why it is so important to pay attention to what you are consuming and what problems are manifesting in your body.

Many people have drastically improved their health be removing gluten and other inflammatory foods. One of the best ways to identify food intolerance is to implement a full elimination diet removing commonly inflammatory foods, such as wheat, dairy and soy. Testing can be done to help identify food sensitivities but the results can be inaccurate. If you remove a food and feel better, regardless of a “negative” test result, avoid consuming that food. Bottom-line…eat well to feel well.

Kim Rice is a Wellness Coach (coachtothrive.com) and mother of three children in Pleasanton writing and speaking about topics such as autism, depression, diet and life transformation. She facilitates a 30 day cleanse program to help clients lose weight and optimize health. She also coaches parents of children with special needs, such as autism and ADHD, on dietary changes to help optimize brain function and behavior.