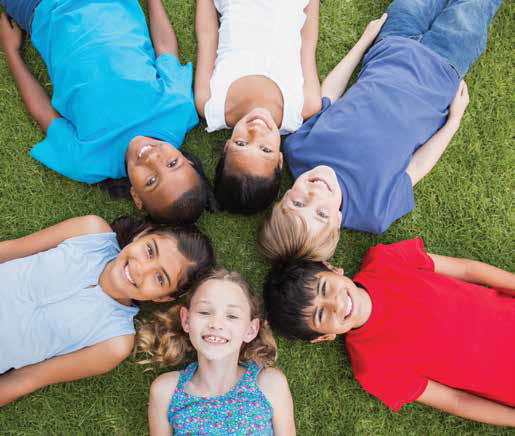 Did you ever notice a child who runs faster than his peers in every activity? How about the three-year old who spells incessantly? These examples provide a glimpse of two easily recognizable developments in children. Both of them are essential to a child’s advancement. However, intellectual and physical developments aren’t the only areas parents should focus on as their children grow. There are two more maturations vital to the expansion and deepening of individual life experiences. Those who are conscious of the different developments, and are able to provide appropriate guidance absent of fear, significantly impact a child’s overall primary developmental success.

In order for children to mature properly and reach their potential parents must remain accepting and supportive regardless of the varying progress exhibited. No two children develop at the same time, rate, or manner. They mature and proceed at various stages and paces within the different areas of development throughout childhood. If the goal is to raise smart, caring, successful, responsible people then, parents must be aware of how their children are developing without forcing unnatural advancements. How well a child develops is based on if they are able to tap into their innate curiosities and abilities as they grow, learn, and gain confidence. This emerges whenever a child has people around them who remain open-minded and supportive regardless of what is happening with their peers or in the global world.

Emotional development is just as significant as the previous ones and, requires similar attention. Thankfully, the importance of emotional intelligence has been recognized in recent decades both in schools and the work force. A person’s skillfulness in navigating life with the ability to express themself properly and recognize people’s emotions has proven advantageous. A collaboration of the three areas of development: intellectual, physical, and emotional, creates a strong platform that yields great potential. However, there’s a fourth area of development that is commonly ignored in childhood and often tapped into later in life by people who want to expand their understanding.

The fourth development, which is spiritual, is essential in generating the best possible outcomes and true fulfillment. This concept is critical in helping individuals navigate life as well as spark an understanding of self-motivation and purpose. Spiritual insight is the balm that helps unite intellectual advancement, physical maturity, and emotional awareness thus, propelling individuals to flourish in their developmental progress.

A child’s overall development is a direct response to the environment in which they live. It’s the evolution and synchronization of all four developments that creates meaningful connections and greater chances for success. Children have an innate ability to move fluidly throughout their development when their upbringings do not stifle them. Parents need to remain open as they provide children a variety of opportunities that help encourage their individual paths. Individuals who have that support and actively engage in life can reach a balance as they magnificently progress through all four areas of development, ultimately reaching their potential.

Anastasia is a parent coach, awardwinning author, internationally recognized speaker, Huffington Post blogger, and mother of five. With over two decades of real life experience, Anastasia’s proven success is based on balance and results. She teaches parents how to create healthier lives and find the happiness they desire. She shares innovative strategies and new perspectives that put an end to uncertainty and stress and, lead her clients to success. Her Wing It™ philosophy helps modern day families build strong foundations, rebalance their lives, and launch happy, independent children. Anastasia is the author of the award-winning book, Leadership Through the Eyes of Children, and WING IT: 6 Simple Steps to Succeed as a Modern Day Parent. She is the founder of the WING IT Project, a non-profit that funds educational opportunities for children locally and globally, and co-creator of Hamptons Wellness Week. She provides private parent coaching as well as speaking at small or large gatherings about making modern parenthood easier and rebalancing family life in today’s world. Anastasia has also been featured in multiple media outlets such as TLC Network, The New York Times, ABC Family Television, The Huffington Post, Well + Good, Hamptons Magazine, NBC Television, KIWI Magazine, Parenting, ZLiving Television, MSN.com, Sheknows, Parents Magazine, ivillage, Live It Up Show, News 12 Long Island, eHow, San Diego Family, Metro Family, and Everyday Family.