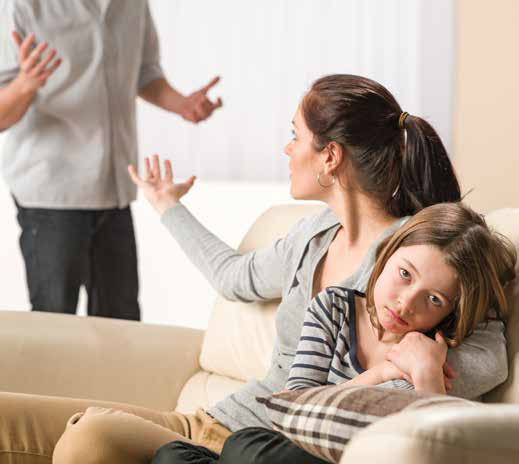 FIGHTING IN FRONT OF YOUR KIDS: CONFLICT IS PART OF RELATIONSHIPS. HERE’S HOW TO FIGHT RIGHT.

Kids learn a lot from the way their parents fight.  Multiple studies have shown that young kids whose parents fight aggressively (physically or verbally) are at higher risk for depression, anxiety and behavior problems as they grow.

But other research suggests that constructive disagreements—in which parents demonstrate affection and attempts to problem-solve—might actually make kids more empathetic and socially skilled than their peers.

To learn more about how exactly to role model healthy discord in front of the kids, we spoke with our advisory board member Erica Reischer, Ph.D, a psychologist and parenting coach.

The trick, says Dr. Reischer, isn’t to hide your fights from your children, but demonstrate respectful disagreement and­—even more important—eventual resolution. Here are some tips from Dr. Reischer to making that happen:

Question actions, not character. If you’re upset that your husband didn’t help out with the kids’ bath time like you’d asked, say that. There’s no need to throw words like “lazy” or “forgetful” into the mix. “Name calling, shaming, and hurting your partner’s feelings sends a particularly bad message to kids,” says Dr. Reischer.

Watch your tone even more than your volume. When we get agitated the volume and pitch of our voice often rises, says Dr. Reischer.  She’d rather parents focus less on lowering their voices and more on using respectful language and allowing others to speak. In other words: It’s worse to be quietly sarcastic than to loudly—but constructively—communicate your discontent.

Take a time-out if things get too heated. If you sense emotions are about to boil over, tell your spouse (and your kids, if they are present) that you need to take a grown-up time-out to yourself. This is better than taking it to another room, which just implies to kids that it’s okay to aggressively argue as long as it’s in private. “It’s good for kids to learn that they should take it upon themselves to go somewhere and cool off if need be,” Dr. Reischer says.

If you start a fight in front of the kids, make sure they see the kiss-and-make-up part, too. Even if you’ve shared words you wish you hadn’t, or one of you has stomped off in the middle of a fight, it’s still—if not even more—important to let them witness how you resolve the disagreement, says Dr. Reischer. Watching parents give some ground, see the other’s side, or even agree to disagree will not only make them kids feel better, it will also teach them the benefit of working together to solve difficult problems.

Dr. Erica Reischer is a psychologist, author, and parent educator. In addition to her Oakland-based private practice, she writes for The New York Times, The Washington Post, Psychology Today, and The Atlantic. She is the author of What Great Parents Do: 75 Simple Strategies for Raising Kids Who Thrive.