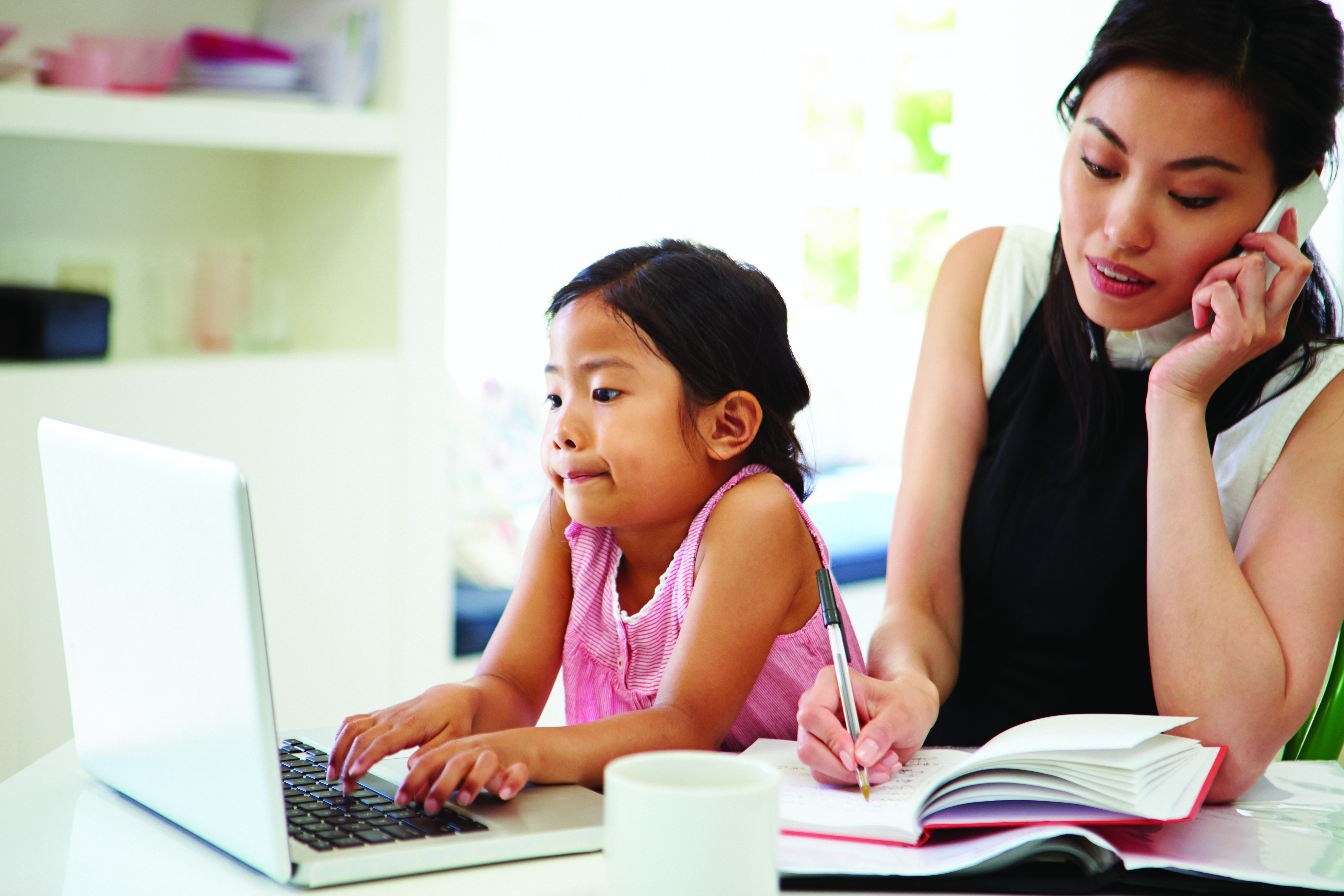 Although I presumably spent most of my childhood daydreaming, I seldom do it anymore. Occasionally, I’ll catch myself spacing out in the shower, just standing there, and I’ll try to hustle myself back on track, lest I waste any more time or water.

Rarely do we just let ourselves stare into space these days. Like many people, I feel uncomfortable when I’m not doing something, uncomfortable “wasting time.”

We humans have become multi-tasking productivity machines. We can work from anywhere, to great effect. We can do more, and do it far more quickly, than we ever dreamed possible. Our fabulous new technologies buy us tons more time to crank out our work, get through our emails, and keep up withModern Family. Time my great-grandmother spent making food from scratch, or hand-washing the laundry, we can now spend, say, driving our kids to their away games.

So now that we have so much more time to work and do things previous generations never dreamed possible (or even deemed desirable), why do we always feel starved for time?

The obvious answer is that we have so much more work, and expectations about what we will accomplish on a good day have expanded, but the number of hours in that day have stayed the same.

That’s true, but I also think there is something else at work here: We have gotten really, really bad at just doing nothing.

Look around: We can’t even stand to wait in an elevator for 10 seconds without checking our smartphones. I’m endlessly fascinated by a new series of studies where the research subjects were put alone in a room, with nothing to do. The researchers describe their work:

In 11 studies, we found that participants typically did not enjoy spending 6 to 15 minutes in a room by themselves with nothing to do but think, that they enjoyed doing mundane external activities much more, and that many preferred to administer electric shocks to themselves instead of being left alone with their thoughts. Most people seem to prefer to be doing something rather than nothing, even if that something is negative.

You read that right: Many people (67 percent of men and 25 percent of women, to be exact) actually gave themselves painful electric shocks instead of just sitting there doing nothing–after they had indicated to the researchers that they would pay money NOT to be shocked again. One guy shocked himself 190 times in 15 minutes.

This brings me back to my main point: Stillness–or the ability to just sit there and do nothing–is a skill, and as a culture we’re not practicing this skill much these days. When we can’t tolerate stillness, we feel uncomfortable when we have downtime, and so we cancel it out by seeking external stimulation, which is usually readily available in our purse or pocket. Instead of just staring out the window on the bus, for example, we read through our Facebook feed. We check our email waiting in line at the grocery store. Instead of enjoying our dinner, we mindlessly shovel food in our mouths while staring at a screen.

Here’s the core problem with all of this: We human beings need stillness in order to recharge our batteries. The constant stream of external stimulation that we get from our televisions and computers and smart phones, while often gratifying in the moment, ultimately causes what neuroscientists call “cognitive overload.” This state of feeling overwhelmed impairs our ability to think creatively, to plan, organize, innovate, solve problems, make decisions, resist temptations, learn new things easily, speak fluently, remember important social information (like the name of our boss’s daughter, or our daughter’s boss), and control our emotions. In other words, it impairs basically everything we need to do in a given day.[i]

But wait, there’s more: We only experience big joy and real gratitude and the dozens of other positive emotions that make our lives worth living by actually being in touch with our emotions–by giving ourselves space to actually feel what it is we are, well, feeling. In an effort to avoid the uncomfortable feelings that stillness can produce (such as the panicky feeling that we aren’t getting anything done), we also numb ourselves to the good feelings in our lives. And research by Matt Killingsworth suggests that actually being present to what we’re feeling and experiencing in the moment–good or bad–is better for our happiness in the end.

Here’s the main take-away: If we want to be high-functioning and happy, we need to re-learn how to be still. When we feel like there isn’t enough time in the day for us to get everything done, when we wish for more time… we don’t actually need more time. We need more stillness. Stillness to recharge. Stillness so that we can feel whatever it is that we feel. Stillness so that we can actually enjoy this life that we are living.

So if you are feeling overwhelmed and time-starved: Stop. Remember that what you need more than time (to work, to check tasks off your list) is downtime, sans stimulation.

As a society, we don’t just need to learn to tolerate stillness, we actually need to cultivate it. Fortunately, it’s not complicated. Try driving in silence, with your radio and phone off. (Encourage your children to look out the window while you drive them, instead of down at their devices.) Eat meals out of the sight and sound of your phones and televisions. Take a walk outside every day, preferably in nature, without a phone or music player. If it’s hard, just try a few minutes at a time, adding a few minutes each day. Just practice; it’ll get easier, and the benefits will become more apparent.

Finally, forgive yourself the next time you find yourself staring blankly into space. You aren’t wasting time. You’re catching up on your stillness.

Dr. Christine Carter, Ph.D., is a sociologist and senior fellow at UC Berkeley’s Greater Good Science and is the author of The Sweet Spot: How to Find Your Groove at Home and Work (January 2015) and Raising Happiness (2011). Dr. Carter has been quoted or featured in The New York Times, the Los Angeles Times, USA Today, the Chicago Tribune, the San Francisco Chronicle, The Washington Post, the Boston Globe, as well as Good Housekeeping, Parenting, Martha Stewart’s Whole Living, Fitness, Redbook, and dozens of other publications. She has appeared on the “Oprah Winfrey Show,” the “Dr. Oz Show”, the “TODAY” show, the “Rachael Ray Show,” “The Daily Show with Jon Stewart,” “CBS Sunday Morning,” “ABC World News with Diane Sawyer”, PBS, as well as NPR and BBC Radio. Dr. Carter also writes an award-winning blog, which is frequently syndicated on the HuffingtonPost, PsychologyToday.com, PositivelyPositive.com, Medium.com, and several other websites. She has been nominated twice for an award from the American Sociological Association for public sociology.