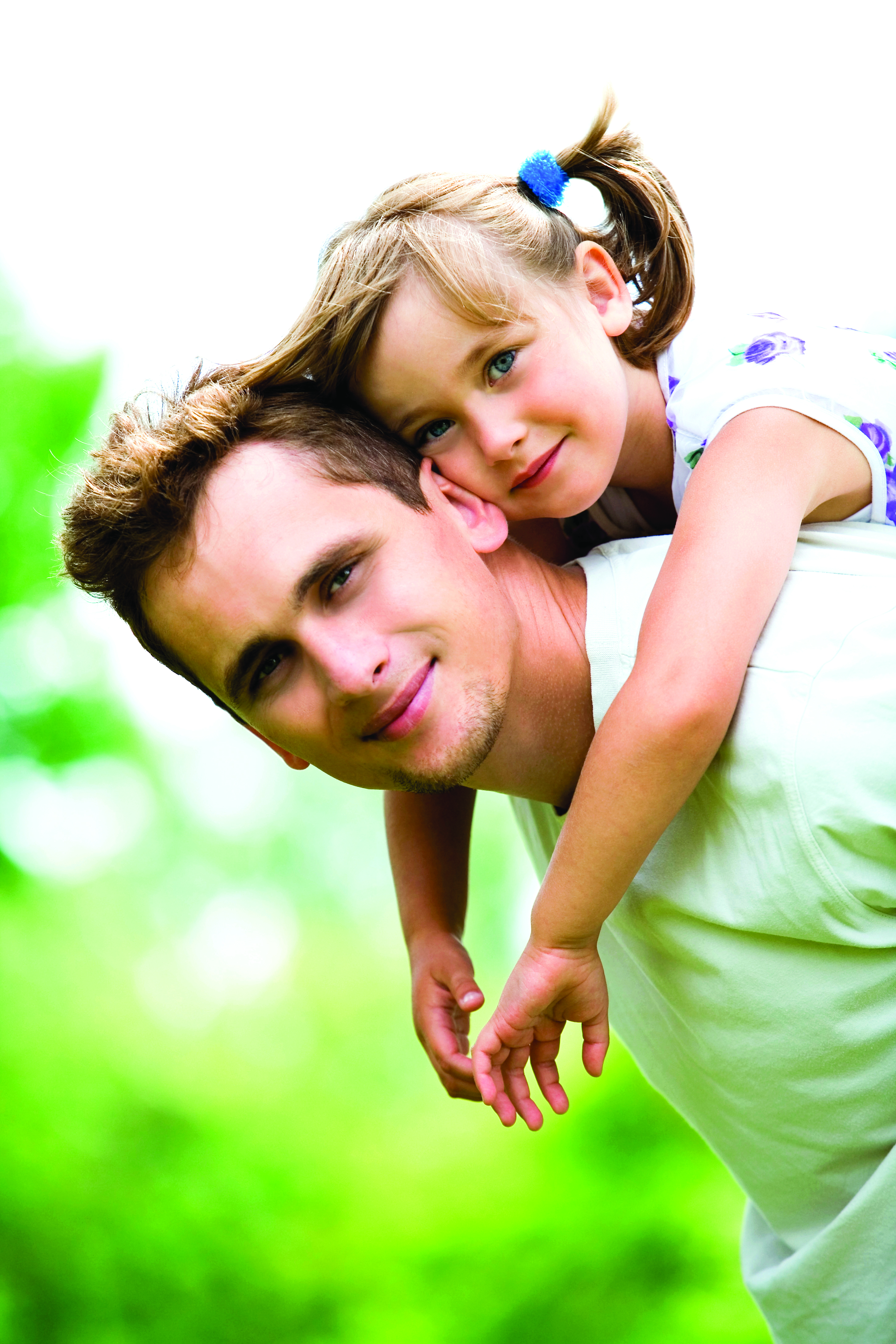 When my husband was between jobs, he became part of my daughter’s life in ways that hard-driving businessmen don’t always get to experience. It was a wonderful thing. Except when it wasn’t.

The downside was this loving man and great father was suddenly on my turf. The time they shared–having breakfast together, going on class trips, chauffeuring to practices and all those other cumulative bonding experiences–was my time. I’m the one who knows what she likes to eat. I’m the one who knows her taste in clothes. I’m the one, period. Worse, having lost my own father when I was 3 and raised by a single mother, I had no bearings; no point of reference on how two-parent families work. When it came to the affections of my daughter, it was him or me.

My husband soon took another job, and I resumed my rightful place in the secret society of mothers and daughters.

It’s just one story in the life of just one family, but it speaks to something much broader and deeper. In ways that are rattling the pillars of some long-held assumptions about parental roles and responsibilities–opportunities is probably a better word–fathers and daughters are moving quickly to a whole new kind of connection. It’s a connection that is increasingly and very healthily gender-neutral.

But we’re all in for a period of adjustment.

In the past, fathers could stare down at the boy in the bassinet and dream of fishing trips and games of catch. Dreams for little girls had a much softer patina. There is something parentally unique in the bond between fathers and daughters. “Daddy’s girl” is a compliment; “momma’s boy,” well, maybe he’ll grow out of it. “Daddy’s boy” is more likely reserved for the retriever.

One of the most wrenching and confusing times in the lives of many fathers and daughters is puberty; when the shoulder rides and tickle fights come abruptly to an end.

The sexual component of that is undeniable. And certainly there is the hormonal door-slamming and eye-rolling that leads many to believe: “Parents are from Venus, teen-age daughters are from hell.” That passes. But fathers and daughters–in years past–often never regained their former connection. One reason: as daughters grew up, there was less and less to bond father and daughter beyond the love they have for each other.

Fathers and daughters have much to talk about, worlds to share. Learning to hit a curve ball or make the smart career move–once largely the arena of fathers and sons–is now fully and joyfully open to fathers and daughters. Thank Title IX for giving girls the opportunity to not only compete in sports, but to aspire to compete at the highest level. Thank equal opportunity for giving young women the ability to enter the professions and climb up organizations in numbers equal to men.

From Protection to Preparation

But there is an even more compelling consideration for the engaged and concerned father to be a bigger part of his daughter’s life. The conveyor that once reliably delivered daughters from the protection of a father to the protection of a husband is not reliable, or even relevant. Pick your metric: women pouring out of graduate schools in numbers equal to men, women taking roughly half of corporate America’s management positions; the swelling ranks of single female home buyers; the growing legion of single mothers by choice. It all adds up to the same thing. Fathers today know job of protector now includes preparation for a life that, for a time or maybe permanently, does not factor in a husband.

As a result, fathers who might have once defined their role as helping daughters prepare to be good wives, now see it as preparing them to make and manage money, compete for jobs, handle relationships, be tough.

My situation was hardly unusual. The resentment–and maybe just a trickle of apprehension–I felt in my husband’s growing involvement with my daughter’s life is shared by many women. I have always worked outside the home. Others have not. We are entering an awkward stage where a generation of stay-at-home mothers must find ways to relate to career-minded daughters, who by shared experience alone may gravitate to dad.

There will also be adjustments for fathers. They remember life lessons roughly packaged. Most boys think nothing of being grabbed by the jersey: “When are you going to get your head out of your ass and learn to box out?” Can girls–will girls– respond to that kind of tough love? Or is a father’s place with girls (largely free of the competitive undercurrents in raising boys) so powerful that it will cause some girls to wilt and retreat?

The sports metaphors come easy, but very generally speaking they stand in for something much deeper in the new father-daughter dynamic. With abundant allowance for exceptions, boys don’t want to fail their fathers. Daughters want to make them proud. Fathers who are intent on toughening up their little girl for a world of diminished guarantees should walk carefully.

The very good news in the evolution of father-daughter relationships is that we might finally put away some myths and reconfigure some truths: girls marry their father; the connection with little girls must change when they become big girls; father is the hammer and mother is the unconditional love.

For fathers, breaking free of assumptions about who and what they are in the parental mix means the joy and satisfaction of more–and continuing–participation in shaping their daughter’s lives. For daughters, it is the opportunity to tap in much more directly and deeply to a reservoir of experience, perspective and support than might have been possible in a world where the father’s role was more strictly and narrowly defined.

When it comes to rising, happy and confident young women, “parent” is now an equal opportunity position.

Dr. Drexler is a Ph.D. research psychologist, professor of psychology at Cornell University’s Weill Medical College, former gender scholar at Stanford University, and mother of two; she has spent her career studying sex and gender at work, at home, and in the world at large. Author of two books about gender and family: Raising Boys without Men, which introduced readers to boys in single and two-mother families, and Our Fathers, Ourselves: Daughters, Fathers, and the Changing American Family, about the father-daughter bond in a time of unbridled female opportunity. She has written for a wide range of national and international media, including The Wall Street Journal, The Daily Beast, Forbes.com, Huffington Post, DuJour, USA Today, and Psychology Today, and is currently working on a book about the evolving role of women in the workplace and the new challenges they face. She is a frequent guest expert for such outlets a Bloomberg, Today, GMA, Katie, and NPR. Dr. Drexler can be reached through her website, peggydrexler.com