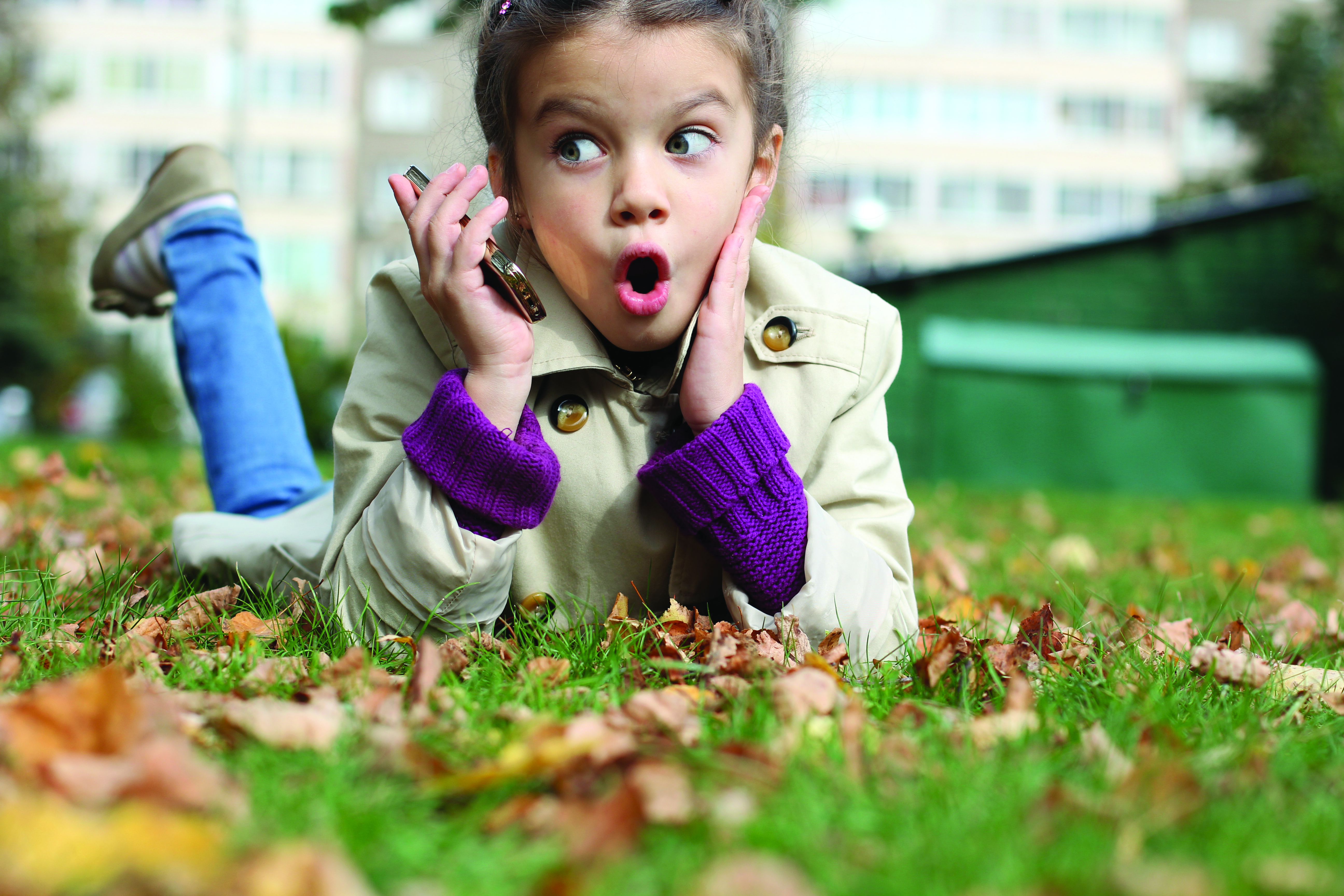 How to Discourage Materialism

How to Discourage Materialism

Building Moral Intelligence:  What to expect in the early grade-school years

By Dr. Michele Borba
During the early grade-school years, children grow more interested in the material world than they were back in kindergarten. Of course, at any age, kids vary widely in their acquisitiveness depending on how strongly materialism is emphasized at home, whether through exposure to TV or by older siblings or parents themselves. But, in general, many 6- to 8-year-olds are motivated by a combination of a young child’s basic greed for fun toys, an increasing awareness of what other kids have, and the desire to fit in by having the same things themselves. After birthdays and holidays, the question shifts from “What did you do?” to “What did you get?” And a more sensitive child may start struggling with feelings of shame if his friends tease him because he’s the only one in class wearing anonymous discount-store sneakers.

What you can do. Set a good example. At this age, kids still look up to their parents more than to their peers, so you’re the best role model for helping your child cope with our complicated material world. If you want to discourage him from developing an insatiable appetite for possessions, let him see you behaving with restraint and wisdom. Take him along to the shoe-repair shop, and explain why it’s worth re-heeling your favorite shoes instead of buying new ones (you save money, and besides, your old shoes are so comfy). Don’t let mail-order catalogues take up all your reading time, and comment that while you like his aunt’s new SUV, your 6-year-old station wagon still runs just fine. Enjoy window-shopping together without buying anything to show that while it’s fun to look at store displays and gather ideas for gifts and other purchases, you don’t need to buy something every time you go to a store. But save the lecture: A few off-hand comments explaining your views will get the message across.

Turn off the TV. From cereal boxes to Saturday morning cartoons to clothing emblazoned with store names and Disney characters, advertising is everywhere in our culture. But television probably wields the greatest influence on children, who watch commercials as avidly as they watch programs. Kids also make up a huge portion of consumer spending, as buyers themselves and as forces affecting their parents’ buying decisions. In fact, according to James McNeal at Texas A&M University, last year alone America’s 27 million kids, ages 8 to 14, spent more than $14 billion. Toy company executives know this, and they advertise relentlessly during children’s programs. Limit your child’s exposure to TV commercials, and he’ll be less likely to develop a lengthy wish list. Children’s public television, while it’s not strictly commercial-free, offers quality programs with much less advertising.

Don’t fulfill every request. Children who get everything they ask for don’t learn to handle disappointment, and they don’t learn to work — or even just wait — for things they desire. Do yourself and your child a favor by saying no to unending requests, even if that provokes tantrums in the toy store at first. Enlist the aid of friends and grandparents — who often delight in “spoiling” your child — by suggesting they buy only one gift at birthdays or holidays, instead of half a dozen.

Teach your child about money. Grade-schoolers can learn about the value of possessions by paying for them themselves. Giving your child an allowance provides him with cash and you with the opportunity to teach him how to use it, says Michele Borba, Ed.D, author of Building Moral Intelligence. His cries of “Oh, I want that!” at the store can be met with, “That costs five dollars. Do you have enough of your own money to pay for it?” If you want to institute spending rules, set them up right away so he knows from the start that, for example, half of his money should go into savings and half is his to spend as he chooses.

At this age, children should also understand that some expenditures — like groceries and rent or mortgage payments — are necessities, while others — like yet another Game Boy cassette — are optional. When he whines, “But I want a new scooter!” you can respond sympathetically, “I understand that you want it,” but then explain why he doesn’t truly need it: “You already have a good scooter, and they’re too expensive to collect.” This teaches him that there are logical reasons behind purchasing decisions. It’s wise to avoid bringing adult feelings of failure or resentment into the conversation. As Paul Coleman, a family therapist and author of How to Say It to Your Kids puts it, “This is not a time to say, ‘Well, I’m sorry, but we give you the best we can, and you should be satisfied with that!’”

Teach him to prioritize. If holidays or birthdays are coming up and your child is expecting lots of presents, give him some paper and ask him to make a list (or draw pictures) of the three things he most wants and then number them in order of importance. Borba also suggests telling your child, “Before your birthday arrives, let’s clean out your closet so you’ve got room. We’ll give away some of your old toys.” If he helps you deliver a box of his toys to a charity, he’ll be learning about empathy and generosity. But he may also get to thinking about how much he really wants lots of new toys if it means getting rid of old favorites.

Delay gratification. Teach your grade-schooler to think seriously about whether he really wants that new video game by making him wait for it. Have him write down or draw a picture of the item he wants and post it on the fridge along with a timeline of days — one or two weeks, say — until the date that he can go out and buy it with you. He can check off the days every morning. Finally getting it will be a much-anticipated treat, but if he loses interest before the time is up, even he will probably agree that he didn’t really want yet another game after all.

Show an appreciation for the deeper value of things. Your child can learn that you prize objects not for how costly or trendy they are but for their inherent quality or sentimental value. “This is a good skateboard because it’s so sturdy,” you can point out. Or “This chair means a lot to me because it was Grandma’s when she was little.” Your child may not begin to adopt your reasoning right away, but over time he’ll see that popularity and high price tags aren’t the only factors that make objects beloved, and that quality is better than quantity.

Find out what’s fueling his desire. Sometimes kids (and adults) crave possessions to fulfill an emotional need. If you notice that your son, who never used to care about games as much as his friends did, suddenly wants a PlayStation 2, talk with him about why that toy is appealing. If the answer is just that his two best friends both have one, you can have a simple conversation about the fact that it’s okay to like different toys than the rest of the crowd. Or help him figure out whether he’s afraid his friends won’t like him if he doesn’t have the same games they do.

Show how to give to others. Coleman advises exposing children to altruistic activities. “The real opposite of materialism is spirituality,” he says. “Try to do something with your child that’s focused on giving to others in a way that he can see.” Take him with you to bring dinner to a sick neighbor or to volunteer in a soup kitchen. That kind of activity can foster an attitude that will help counter materialism more powerfully than almost anything else.

Spend time rather than money on your kids. It’s not easy in our hectic lives to give children the time and attention they crave, but that’s the best way to ward off the “gimmes.” “If Mom and Dad are always busy, then the kids will retreat to their toys and TV and Nintendo, which is all materialism,” says Coleman. “Kids have to have something, namely a family life, to replace that.” So try not to give your child things as a substitute for spending time with him. And make an effort to spend time together doing things that don’t cost anything — go to the soccer field and the library, take nature walks and bike rides, play a game of charades. No matter what your child says, he wants — and needs — a secure sense of family more than a roomful of possessions.

Dr. Michele Borba is an internationally recognized expert and author on children, teens, parenting, bullying and moral development. She is an NBC contributor appearing over 100 times on the TODAY show and is the regular parenting expert on Dr. Drew’s Lifechangers. Her work has been featured on Dr. Phil, Dateline, The View, The Doctors, Fox News, The Early Show and CNN and well as in Newsweek, People, Good Housekeeping, Chicago Tribune, U.S. News & World Report, Washington Post, The New York Times and The Globe and Mail. She was an MSNBC contributor to two televised “Education Nation” specials.

Dr. Borba is the award-winning author of 22 parenting and educational books translated into 14 languages. Titles include: Don’t Give Me That Attitude!, Parents Do Make A Difference, The Big Book of Parenting Solutions: 101 Answers to Your Everyday Challenges and Wildest Worries, and Nobody Likes Me, Everybody Hates Me!, No More Misbehavin’, Building Moral Intelligence (cited by Publishers’ Weekly as “Among the most noteworthy of 2001”), and Esteem Builders used by 1.5 million students worldwide. She writes as the parenting expert for Dr. Oz’s website, as well a daily column for her blog, Dr. Borba’s Reality Check.