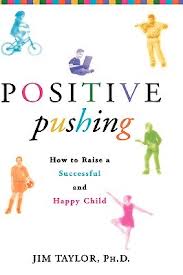 Of course, the obvious recommendation is to monitor and restrict your children’s use of technology, from old-school media such as television and magazines to new-school media such as social networking sites, so your children’s exposure to the forces that cause an externalization of their self-identity is prevented or at least minimized. Let’s be realistic though, as digital natives, your children are going to be immersed in that world, so such a defensive posture is probably not going to be adequate in safeguarding your children against its ill effects on the formation of a healthy self-identity.

Here are some recommendations on how to develop your children’s self-identity amid the cacophony of messages they’re getting from media.

Inoculate Your Children Against Media’s Messages

You can help your children resist media’s messages by priming them for those messages. When you consistently offer your children contrasting perspectives, you prime them to stand firm against the unhealthy messages. You can actively teach them “executive functioning” skills, such as impulse control, critical thinking, and long-term planning, that will further gird them against the unhealthy messages. You can also help your children become sensitive to media’s messages which will enable them to recognize those messages for what they are and see them with a healthy skepticism.

You should focus on healthy values that help shape your children’s self-identities, for example, integrity, hard work, respect, responsibility, and compassion. When you emphasize values, you’re also sending the message that the values your children will be exposed to through today’s media aren’t important to you or healthy for them.

Media are telling your children that they should value themselves based on, for example, what they look like or what they have. You should be telling them that they should value themselves based on their unique capabilities, such as their academic, athletic, or artistic achievements, their relationships with family and friends, their passions and interests, and anything else they believe, feel, or do that originates inside of themselves.

Keep Your Children Grounded in Reality

Your children are bombarded by messages and images from media that are entirely out of touch with reality (e.g., you can become rich and famous without any talent or effort). Yet, with persistent exposure, these unrealistic messages and images can become your children’s reality and, by extension, an unhealthy influence on their self-identity. Your goal is to constantly expose your children to the real world, namely, the one that is grounded in positive values, accurate depictions of appropriate behavior, reasonable expectations and consequences, suitable responsibilities, and the inevitable imperfections, challenges, and failures that are a part of the human condition.

Have Your Children Involved in Healthy Activities

The best way to keep your children away from unhealthy media influences is to keep them busy with healthy activities. Help them find activities that they love doing, whether academic, sports, or the arts, and that promote healthy self-identity. Research has shown that, for example, girls and boys who play sports have higher self-esteem, get better grades, and have fewer drug problems and lower rates of sexual activity.

Walk the Walk on a Healthy Self-identity

If you fall prey to media’s messages and you develop a “manufactured” identity, your children have little chance of developing their own healthy self-identity. Be sure that you have your own internally derived and well-defined self-identity and that they see it clearly. If they do, they will follow your lead and seek to establish their own positive self-identity.

For much of your children’s early lives, you are their most important influence. They initially look to you to decide who they should be, what they should value, and what they should do. “Do as I say, not as I do” just doesn’t cut it when it comes to parenting. You need to make sure that you’re living the healthy life that you want them to lead. Whether it’s the people with whom you interact, the activities in which you’re involved, what you talk about, or what you eat or drink, your self-identity, as expressed through how you live your life, will dictate to a large extent your children’s self-identity.

Your children will base much of their self-identity on their most immediate environment. If your family life is informed by healthy values, choices, activities, and relationships, they are more likely to internalize those messages as their own.

Surround Your Children With Healthy People

You can surround your children with healthy people in their immediate social world who support everything that goes into the development of a positive self-identity. These healthy messages will not only prime your children to think, feel, and behave in beneficial ways, but they will also provide consistent exposure to contrasting healthy perspectives that can mitigate the influence from media.

Talk and Listen to Your Children

Your children have a tremendous capacity to communicate with you about what is happening in their lives, both good and not so good. Unfortunately, they’re often speaking in a language that parents don’t understand. If you listen to their messages, verbal, emotional, and behavioral, you’ll be better able to hear what they’re trying to tell you, particularly when they’re asking for help. Also, don’t be afraid to talk to your children, especially on topics that make you uncomfortable or they may not want to hear. Though they may not always seem like they’re listening, your children want your guidance and support because they know that they can’t go it alone and they need you are on their side.

The one form of externalization of self-identity that is healthy is when your children direct their focus and energies onto helping others. Healthy self-identity is built when your children are not preoccupied with themselves and experience the intrinsic rewards of improving the lives of others. I encourage you to make compassion and community service family values and experiences to be shared.

Jim Taylor, Ph.D., Psychology, has work with young people, parents, and educators for more than 27 years. Jim is the author of 14 books, four of which are parenting books. Jim has appeared on NBC’s Today Show, Fox News Channel, ABC’s World News This Weekend, and the major television network affiliates around the country. He has participated in many radio shows. Dr. Taylor has been an expert source for articles that have appeared in The London Telegraph, The Los Angeles Times, The New York Daily News, The Chicago Tribune, The Atlanta Journal-Constitution, Outside, Men’s Health, and many other newspapers and magazines. Jim lives north of San Francisco with his wife, Sarah, and his daughters, Catie and Gracie. To learn more, visit www.drjimtaylor.com.