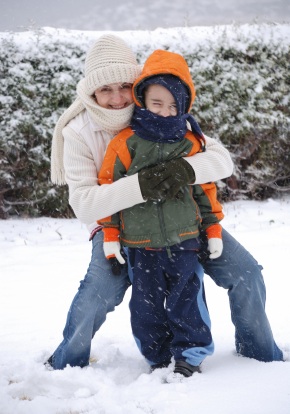 You CAN Stop Yelling. Here’s your 10 step plan.

You CAN Stop Yelling. Here’s your 10 step plan.

“Dr Laura….I’m trying stop yelling, but I can’t. And I can’t imagine getting my kids to listen if I don’t yell at them. …Can you move in with me for a week?!” – Cheralynn

Like Cheralynn, most parents think they “should” stop yelling, but they don’t believe there’s another way to get their child’s attention. After all, it’s our job to teach them, and how else can we get them to listen? It’s not like yelling hurts them; they barely listen, they roll their eyes. Of course they know we love them, even if we yell. Right?

Wrong. The truth is that yelling scares kids. It makes them harden their hearts to us. And when we yell, kids go into fight, flight or freeze, so they stop learning whatever we’re trying to teach. What’s more, when we yell, it trains kids not to listen to us until we raise our voice. And it trains them to yell at us.

If your child doesn’t seem afraid of your anger, it’s an indication that he’s seen too much of it and has developed defenses against it — and against you. The unfortunate result is a child who is less likely to want to behave.

Whether or not they show it, our anger pushes kids of all ages away from us.  Yelling at them practically guarantees that they’ll have an “attitude” by the time they’re ten, and that yelling fights will be the norm during their teen years. And as kids harden their hearts to us, they become more open to the pressures of the peer group.  We lose our influence with them just when we need it most.

But believe it or not, there are homes where parents don’t raise their voices in anger at their children. I don’t mean a cold household, where no emotion is expressed–we all know that’s not good for anyone.  And I don’t mean these parents have perfect children, or are perfect parents. There’s no such thing. These are homes where the parents DO get their buttons pushed and get mad, but are aware enough of their own emotions to stop and calm themselves so they don’t take it out on their kids.

Do you think, like Cheralynn, that you’d need your own private emotion coach in order to stop yelling?  Luckily, you already have one – yourself! In fact, the only way to become the patient, calm parent you want to be is to “parent” yourself compassionately.  That means learning to coach ourselves lovingly through our own emotions, so we don’t take them out on our children. How?

The bad news? This is hard. It takes tremendous self-control, and you’ll find yourself messing up over and over again. Don’t give up.

The good news? It works. It gets easier and easier to stop while you’re yelling, and then to stop even before you open your mouth.  Just keep moving in the right direction. At some point, you’ll realize that it’s been months since you yelled at anyone.

The better news? Your child will transform, right in front of your eyes. You’ll see him working hard to control himself when he gets angry, instead of lashing out. You’ll see him cooperating more. And you’ll see him “listen” — when you haven’t even raised your voice.

Dr. Laura Markham is the author of Peaceful Parent, Happy Kids: How to Stop Yelling and Start Connecting. She earned her Ph.D. in

Clinical Psychology from Columbia University and has worked as a parenting coach with countless parents across the English-speaking world, both in person and via phone. You can find Dr. Laura online at AhaParenting.com, the website of Aha! Moments for parents of kids from birth through the teen years, where she offers a free daily inspiration email to parents.