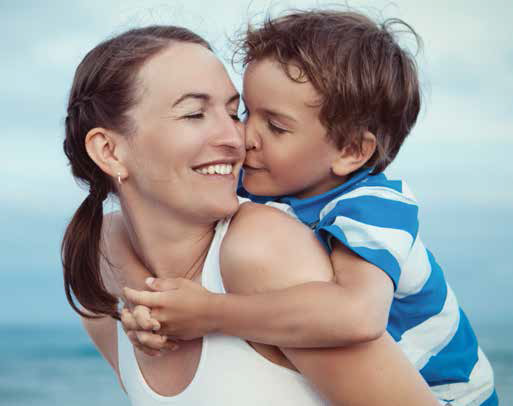 Before You Let Your Child Fail, Read This

Your kid forgot his homework. Again. You spy it sitting on the table by the front door, where he neglected to slip it into his bookbag. You can easily stash it in your briefcase and drop it off on your way to work. Do you do it?

No way, says middle school teacher and journalist Jessica Lahey. The author of this month’s hot new parenting book, The Gift of Failure, Lahey urges parents to let our kids learn and grow through the mess of their mistakes. Unlike so many books out there that shame parents into compliance, Lahey writes with humor and compassion about the ways we’ve helicoptered our kids into fragile, dependent, risk avoidant creatures. She also bravely counts herself among the people she’s calling out: “I had to stop equating the act of doing things for my children,” she writes, “with good parenting.”

Lahey skillfully lays out strategies for change in families and schools. Left unexplained, though, is how we, as parents, can prepare ourselves psychologically for the experience of watching our kids screw up. And that, in and of itself, is a tall order.

It’s not easy to let our kids be less than perfect. I became a parent three years ago, and I’ve been astonished at the fire hose of judgment directed at moms and dads by our culture. I’ve also noticed at least three unwritten rules of parenting (which are also total myths) that stand in our way.

This ridiculous myth is fueled by a cottage industry of parenting experts implying they have answers parents don’t, and it’s gutted parents of their innate confidence and authority along the way.

I am guilty of being part of this industry, too. As Lahey writes, parenting has been transformed from an instinct every human has to “a skill to be studied and learned.”

So letting kids fail isn’t going to be a simple switch we throw. If I, as a parent, am still gripped by the belief that I’m not enough, or that I’m constantly failing, or that my worth is tied up in my kid’s potential — well, Lahey may be leading me to the water, but she ain’t gonna make me drink.

Here are some strategies parents can use to prepare themselves, cognitively and emotionally, to give their kids the gift of failure.

Self-regulation, or learning to control big or difficult feelings. We’ve got lots of big thoughts and feelings that bubble up in the face of a kid’s setback, and they typically inspire us to intervene in ways we might later regret.

Picture the toddler about to spill a wobbling gallon of milk, the middle schooler’s uniform left behind after she’s gotten on the team bus, the high school junior who fails to submit an important form. What’s your first reaction? It’s usually anxiety about the consequences and the uncertainty that comes along with them: worry about the huge milky mess on your clean floor, the lower grade in the class, her inability to play in the game. Let’s be clear: we step in not just to fix the situation, but to soothe ourselves.

So if we’re going to let our kids suffer the consequences in a way that will teach them constructively, we have to learn to chill out first. One strategy I’ve used is to pause when I feel that anxiety welling up, and ask myself a single question: How would I parent right now if I weren’t afraid (or anxious)?

We can also control ourselves by practicing mindfulness, or presence. As you feel the anxiety begin, focus on your breathing and count to five and back. Feel your feet on the ground, or your bottom in the chair. Become aware of the present moment, even for a few seconds, as a way to collect yourself before responding.

Ann Klotz, head of the Emma Willard School for Girls, suggests parents ask themselves this question before intervening: Are the consequences of the mistake life threatening or permanent? If not, hang back.

Connect with why you are enough as a parent. In her research, therapist and bestselling author Brene Brown found that our 21st century culture of constant motion and achievement makes many adults feel “that an ordinary life is a meaningless life.” Many believe that if they are not extraordinary, no one will love, notice or include them.

That’s particularly important when it comes to letting kids fail. If we don’t think we’re enough, our kids won’t either. And indeed, this mentality has trickled down to our children. Many live in a persistent state of self-criticism, beating themselves up for failing to achieve some mythical state of achievement. It is a toxic cycle that never ends, leaving kids feeling that they have fallen short, no matter what they do.

To break the cycle of not-enoughness, try practicing some self-compassion. Right now — yes, really — tell yourself why you’re enough as a parent. Are you enough because you cooked a meal this week? Because you took a moment for a quality snuggle? Because he came to you and confided his feelings when you thought he never would?

Lahey’s inspiring stories of how her own family changed will motivate her readers to give their kids the gift of failure. In order to do that well, we’ll need to give ourselves permission — and compassion — to do it, too.

Rachel Simmons is the author of the New York Times bestsellers Odd Girl Out: The Hidden Culture of Aggression in Girls, and The Curse of the Good Girl: Raising Authentic Girls with Courage and Confidence. As an educator, Rachel works internationally to empower young women to be more authentic, assertive and self-aware. Rachel is a Vassar graduate and Rhodes Scholar from New York. The cofounder of the Girls Leadership Institute, she is an experienced curriculum writer and educator. She currently develops leadership programs for undergraduates at the Center for Work and Life at Smith College. She has previously worked as a classroom teacher in Massachusetts and South Africa. Rachel was the host of the PBS television special, “A Girl’s Life,” and her writing has appeared in the Washington Post, Atlantic, and Slate. Rachel serves on the board of the College Women’s Leadership Educators affiliate of the AAUW. Rachel has appeared on Oprah and the Today show, and appears regularly in the national media. Odd Girl Out was adapted into a highly acclaimed Lifetime television movie. Rachel lives in western Massachusetts with her daughter. For more information, please visit www.rachelsimmons.com.