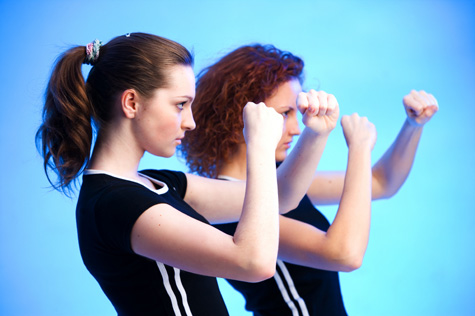 Be aware – How to protect yourself

Although terrifying and not something we wish to think about, sexual assault is a very real potential threat facing women every day. As such, preventing a sexual assault is an extremely valuable topic that bears repeating.
Acknowledging that any woman can become a target can induce feelings of fear, helplessness and defeat. The main reason behind the feelings of helplessness might be due to the fact that the average woman will always be physically weaker than the average man. It is easier for many women to just avoid the topic altogether and hope they’ll never become a victim.
According to the National Crime Victimization Survey (NCVS), administered by the Bureau of Justice Statistics, 1 in every 4 women will be a victim of a sexual assault sometime in their life. With that being said, disregarding the facts won’t lessen your, or any of your friend’s, chances of becoming a target. When this topic is brought up, the first question you should ask yourself is: “Would I know what to do if I ever become a victim of an attempted sexual assault?”
Self Defense truly begins before it becomes physical. Heightened sense of awareness is the first and most important line of defense.
Sexual assaults are almost always predatory. It’s a crime of motive and opportunity. The attacker will only attack suddenly and when he feels confident he won’t get caught, or the victim can’t find any help in her surroundings. Attackers rely on the element of surprise. Therefore, awareness of your surroundings is crucial. Women should never allow themselves to be found in circumstances that can facilitate an attack (such as being alone in a dark parking lot or on running trails).

If the attacker has noticed that there’s no one around and the victim is unaware and distracted, he will rush in and try to subdue her, utilizing as much force as necessary and often relocating her to a secluded site. The strategy for this phase is all about preventing the attacker from gaining control. Therefore, having the ability to apply techniques that can prevent abduction, such as escapes from wrist controls, front & rear bear hugs, and chokes are essential, as these are the most common and conventional ways an attacker would efficiently control a victim.

This is also the time to use verbal assertiveness strategies to create boundaries. If the attacker can’t get you on the ground or carry you away, he can’t complete the assault.

If the attacker is able to take his victim to the ground, he’ll try to break her down physically and mentally by pinning or striking her. He expects his victim to panic and expend all of her energy trying to escape, thus allowing him to go on with the assault. Striking, scratching, etc. will have no effectiveness here.

A predator will only carry on the assault once he realizes that the victim is in fear, demoralized, and has no energy left to resist. The precise moment that the attacker shifts from trying to control you to carrying out the assault, is the perfect opportunity to act. This will maximize chances of getting away or incapacitating the assailant. If still unable to escape, exhibiting a false sense of surrender may create additional opportunities to escape. Formal training in a martial arts discipline such as Jiu Jitsu can help provide the tools you need to avoid becoming a statistic.

Developing and maintaining a calm mindset, conserving energy and avoiding panic response in order to fake surrender, as well as efficiently applying the right technique at the right time, requires diligent practice and consistent physical training.

Gracie Jiu-Jitsu’s unique system gives you the tools and ability to fight from your back and safely protect yourself from an attacker on top. Leverage-based techniques allow anyone to use their legs to protect themselves against strikes from the top, or even go as far as submitting the attacker with chokes or joint locks. Awareness and knowledge of self defense techniques is helpful, but nothing can replace the confidence and problem-solving skills you gain from repeatedly practicing these techniques with resisting training partners.

Besides its application to real life situations such as recognizing and preventing possible sexual assaults, Jiu-Jitsu provides many physical and mental benefits and can also be used for competition and fitness improvement.

Professor Crosley Gracie is a third generation member of a family of fighters and martial arts gym owners. The self-defense and combat style
developed by the Gracie family has been used worldwide by professional fighters, the US Military and taught at thousands of Martial Art
Academies in all 5 continents. Proven to work on fully resisting bigger and stronger opponents in competition, Gracie Jiu-Jitsu is the most comprehensive and realistic rape prevention system available today.