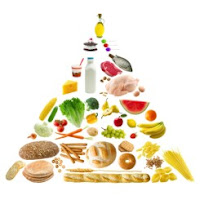 When my son, Sammy, was diagnosed on the autism spectrum at two and half years old, I had yet to connect the dots between what was happening in his gut and what was manifesting in his body and brain. I had no idea that some of the intestinal issues Sammy had been experiencing such as severe chronic constipation or colic (as an infant) were in anyway related to his eventual autism diagnosis. At one point when he was around two months old, his bowels did not move for over 20 days. Constipation continued to be a problem for him right up to his diagnosis. He was also very colicky as an infant, crying excessively. It was so bad at one point that he was prescribed Zantac antacid medication by his pediatrician at three months old.

When I placed Sammy on a gluten and dairy free diet following his diagnosis, his bowels began to move daily. I jokingly tell people, “The more he pooped, the more he spoke.” His vocabulary exploded and he began putting two words together within a week or two of being on the diet. He is still on the diet at five and half years old and is now, for all practical purposes, considered “recovered.” I feel strongly that diet intervention, coupled with therapy, played a key role in healing our son.

I find it interesting that many other autism parents tell similar stories of their own children suffering with digestive stress including constipation or loose stools or a combination of both. In addition, many of the kids suffer with multiple food allergies and intolerances. To better understand what is happening in the intestinal systems of these children, I asked Dr. David Traver for the latest findings on autism and the effects of gluten and dairy on the digestive system. Dr. Dave has a clinic in Foster City that is exclusively devoted to the treatment of Autistic Spectrum Disorders. His clinic employs “a biomedical approach, which encompasses gastrointestinal healing, nutritional supplementation, immunologic support and detoxification.”

Dr. Dave explained, “The emerging science behind the potentially detrimental effects of gluten and casein demonstrates several important points. One well known area of study revolves around the effect of the peptides, called opioids, formed by the incomplete degradation of these high molecular weight proteins. Dr Karl Reichelt, researcher at The University of Oslo in Norway,  and other investigators have discovered an elevated amount of unusual peptides in the urine of a number of the study patients, which may exert a morphine like effect on the brain. In addition, Dr. Paul Shattock of United Kingdom’s University of Sunderland School of Health Sciences has observed that the amount of opioids in the bodies of autistic children appears to correlate with their level of impairments. The removal of these agents has resulted in improvement of attention and focusing issues in many patients.

A second and more recent discovery is also related to the effects imposed by the opioids derived from gluten and casein. Dr. Richard Deth of Northeastern University has discovered that the presence of these compounds appears to inhibit the uptake of cysteine, an amino acid necessary for the formation of glutathione, one of the body’s essential antioxidants. It is a well observed fact that many of these children have a deficiency of glutathione. This extremely crucial molecule is involved with both the relief of the observed elevated oxidative damage as well as the body’s ability to detoxify, which has been assessed as being potentially impaired in this population. Oxidative damage may result in neuronal degeneration in a variety of neurological disorders.

It is evident that many children on the spectrum appear to have elevated food sensitivities as well as allergies to both gluten and casein containing foods. These reactions are mediated through two different immune mechanisms. The literature contains strong evidence that various types of abnormal immunity exist in autism. Although the removal of these foods does not guarantee a clinical outcome, it is a well observed fact that many children experience improvement upon their withdrawal.”

I am very thankful that Sammy was one of those children who responded well to taking gluten and dairy out of his diet. I am glad that we were able to connect the dots for Sammy between what he was eating and how it was affecting his brain function. I wrote Sammy a book called, I am Sam and I am what I eat. The book’s intention is to help Sammy understand his diet restrictions. On one of the pages I wrote, “I make good eating choices so that I feel big and strong. I eat to be a super hero.” Shouldn’t we all eat to feel like super heroes?

Kim Rice is a Wellness Coach (gfcfcoaching.com) and mother of three children in Pleasanton writing about topics such as autism, depression, and diet and life transformation.  She earned her BA degree in Journalism from the University of Detroit and has over 20 years of corporate writing experience.  You can follow her on: Blogger – gfcfcoaching.blogspot.com, Twitter – GFCF_Living, Facebook – Thriving without gluten or dairy.

Dr. David Traver is a board certified pediatrician and a Fellow of the American Academy of Pediatrics. Dr. Traver worked in Stanford University’s PDD/Neuropsychiatry and ADHD Clinics. He has extensive training in the biomedical approaches for treating Autistic Spectrum Disorders, including ARI, DAN! and MAPS, which he adopts as first line treatment.