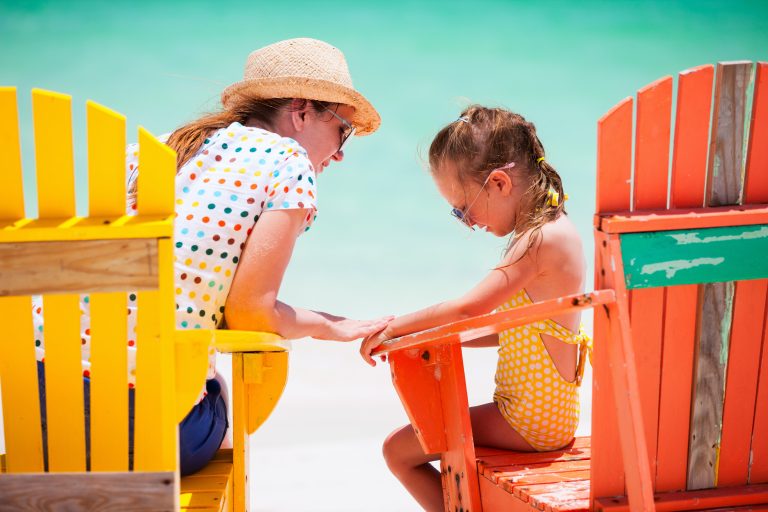 It’s summer! For many of us, this is our favorite time of the year—the slow pace, the long days and no school activities to rush around to.

On the other hand, if we’re not careful, having the kids home all summer with no clear-cut responsibilities can slowly drive us crazy.

First, there’s the whining for a later bedtime: “But Moooooom, I can sleep in since there’s no school!”

And then there are the power struggles about family contributions: “I can’t believe you’re making me take out the trash!”

And possibly worst of all, there are the endless battles about screen time: “Just one more show, pleeeeeaaaazzzz! It’s summer!”

Whether or not you’re about ready to scream, read on—I have a way to make summer easier on everyone, and it’s called a summer contract.

A summer contract is an agreement between parents and kids about summer expectations. The summer contract can—and should—include things like screen time limits, household responsibilities, summer reading, bedtime, and anything else that’s likely to be a struggle.

Kids benefit from knowing their expectations up front, and being able to exercise some control over when family contributions (chores) get completed, for instance. Parents benefit because they now have a way to help their kids have both a relaxing and productive summer. Here are some guidelines for setting up a summer contract in your house.

You don’t need 20 rules—just focus on the main struggle areas. Are you worried about them abusing technology time? Afraid sibling rivalry is going to put a damper on summertime joy?

Be intentional about your areas of focus, and pick just a few to include on the summer contract.

2. One contract per child

The contract will vary by age and personal goals. For instance, if music practice is a key part of your child’s summer, include 15-20 minutes of practice a day.

If a child pushes back and laments, “But she doesn’t have to do as much this summer!” calmly explain that every one has different needs and individual contracts help you, as the parent, to meet the needs of each child individually.

There’s no reason your kids need to spend every spare minute in front of the tube, and in fact, it’s not healthy for them to do so.

This is your chance to limit screen time to reasonable amounts.

Don’t be dismayed by the “But I’m so booooooored” comments that will inevitably ensue by limiting screen time. Remind your children that they are creative and capable to make their own fun this summer—play outside, have a dance party, build a fort, play hide and seek. The non-technology options are endless, so hold tight to the limits you’ve put in place.

4. Let the summer contract be the law

Write clear consequences into the summer contract for what happens if your child does not adhere to it.

For example, “If you don’t respect the one hour per day rule for technology usage, you will lose technology privileges for the rest of the week.”

Then, if your child decides to challenge the contract, he’ll know exactly what’s going to happen—and so will you.

While bedtimes may be slightly later in the summer, they still need to be firm. Stick to a regular bedtime (for weeknights and weekends) and your kids will get the message after a few nights, with no more whining.

Let your kids help decide what goes into the summer contract, and they’ll be more likely to follow it.

For instance, while family contributions such as preparing a meal or helping out around the house aren’t optional, kids can decide which days of the week they change sheets, pull weeds, or make a salad for dinner.

Avoid backsliding and giving into whining by posting the kids’ summer contracts where you and the children will see them every day.

If your kids start to battle you for a later bedtime, you can simply point to them to the contract. And by really sticking with it, your kids will soon learn that the rules aren’t up for negotiation.

With a summer contract for kids, summer really can be fun for everyone!

Once you’ve made the contract, don’t be surprised when behaviors start to flare up—after all your kids are experiencing a lot more togetherness than during the school year.