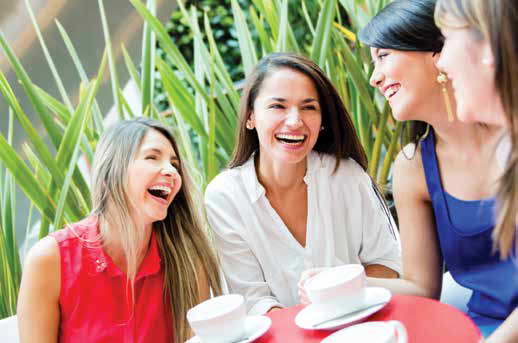 5 Scientific Reasons You Should Choose Your Friends Carefully

Throughout adulthood, it’s easy to lose touch with old friends and it can be hard to develop new friendships. The digital age has complicated this process as well by changing the way friends interact. As phone calls have been exchanged for text messages and social media has replaced the need for face-to-face interaction, gatherings with friends often become fewer and farther between.

But there’s growing evidence that genuine friendships may be very important in terms of your personal and professional life. Even as an adult, friends can have a big influence over how you feel, think, and behave. Here are five reasons you should maintain healthy friendships:

Since self-control is vital to reaching long-term goals, befriending people with willpower could be the secret to success. Whether you’re tempted to skip that workout at the gym, or you’re considering blowing this month’s budget, a friend with high self-control can motivate you to maintain healthy habits.

Whether you’re dealing with a recent break-up, a fallout with family, or a failed business venture, be aware of how your emotions may affect your spending habits. Uncomfortable emotions can certainly increase the chances that you’ll behave more recklessly than usual, which may not be wise for your financial future.

Stress arises as people try to present a version of themselves online that will be acceptable to all their social media contacts. While your college buddies may enjoy publicly discussing that “weekend in Vegas,” your parents and your co-workers may be less than impressed by those stories. So before you begin adding everyone you can to your social circle, remember that research shows having too many “friends” on Facebook can be anxiety provoking.

Other studies touting the health benefits of friendship have shown people with cancer live longer when they attend support groups. Close friendships can help ward off depression and boost immunity as well. So while it may be tempting to think that friends are sometimes more trouble than they’re worth, clearly, having close friends can be one of the best things you can do for your health.

Friends can help bring out the best in you without expecting perfection. They can remind you not to take life too seriously, as well as give you that much needed boost when you’re feeling discouraged.

Prioritizing Friendship
Friends are likely to come and go throughout the seasons of your life. Job changes, moving to a new city, and becoming a parent are among the many things that may shift the friendships in your life. The demands of life and a busy career can move friends to the bottom of the priority list at times.

It may be wise however, to re-evaluate the role friends play in your life. If spending quality time with friends isn’t high on your to-do list, it may make sense to schedule a get-together sooner rather than later. After all, friends impact not just the quality of your life, but perhaps even the length of it.