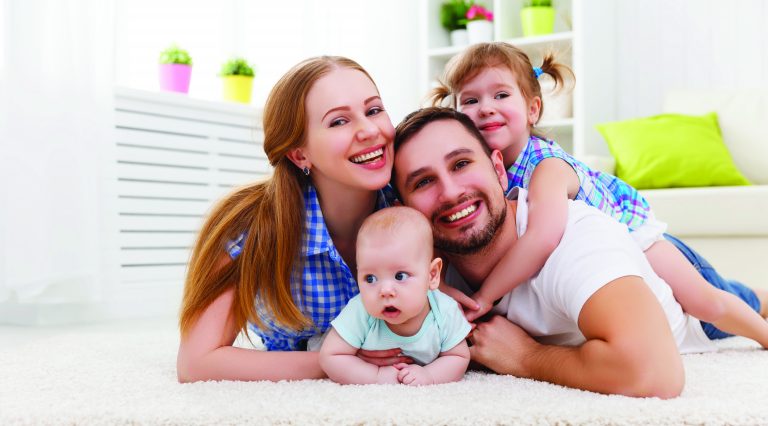 As a working mother, I’m always on the lookout for simple things I can do to make life easier and more fulfilling.

Whether it’s learning that I can use a microwave to disinfect a kitchen sponge in one minute or apply baking soda to remove water stains from wood furniture, I love to find tips and tricks that save time, reduce stress, and make a small but meaningful difference in my life.

These sorts of simple tips and tricks have come to be known as “hacks.” There are life hacks, cooking hacks, decorating hacks, cleaning hacks, and so on.

With that in mind, here is my contribution:  5 parenting hacks from a developmental psychologist who specializes in parent-child relationships (but who is not a very good cook).

They all take less than 1 minute to do, but have powerful and often immediate results.

These parenting hacks, based on my work with thousands of moms and dads in my parenting classes (link is external), can help you sidestep power struggles and encourage kids to listen and cooperate, while also improving your relationship with them.

Pivoting is the art of saying ‘yes’ instead of ‘no’, and meaning the same thing.

The message is the same, but the tone is completely different, and saying “yes” gives kids a lot less to argue with.

Reframing is engaging kids’ imagination and sense of play in order to create the behavior you would like to see. A fascinating study of four-year-olds shows the power of this strategy.

You will also see reframing at work in many preschools when everyone sings the “clean-up song” while the kids put away toys and organize the room.

In our busy lives as parents, we may not even notice ourselves barking out “do’s” and “don’ts” to our kids: “Get your shoes on now,” “Turn off the computer,” “Stop that,” and so on. Then we get frustrated when they ignore us or resist doing what we’ve asked.

Here we have the beginnings of a power struggle. But we may be able to sidestep it if we help kids understand why we are asking (that is, give them a reason).

(Note: “Because I said so” is not a reason–and will probably lead to more power struggles or secrecy).

For example: “Please go get your shoes on now. We have to leave in one minute or we’ll be late to pick up your friends and that would not be nice manners.”

This strategy will not guarantee immediate compliance with your requests, but it will show your kids that you are making reasonable requests and also models the importance of using good reasons to motivate behavior.

Empathy, as I’ve previously written, is the most powerful tool we have as parents.

When we practice empathy with our kids, we show respect for their feelings and their reality (which are often different from ours).  We show that we are listening, and that we understand–or are trying to understand–their point of view.

For example: “Sweetie, I know you don’t want to wear your seatbelt. It feels itchy to you. You wish you didn’t have to wear it (empathy).”

Please note that practicing empathy does not oblige you to change or fix anything about the situation. This is an important distinction.  You can empathize with your son’s frustration at having to wear a seatbelt without the need to take it off.

After all of that empathizing to create connection with your kids (see #4 above), don’t negate it by saying “But…”

As in:  “I know you don’t want to wear your seatbelt, but it keeps you safe so you have to do it.”

Instead, keep the connection you established through empathy by conveying that kids’ feelings are important even when they can’t be honored.

How?  Say “At the same time” rather than “But.”  As in:  “Sweetie, I know you don’t want to wear your seatbelt.  At the same time, the seatbelt keeps you safe in the car so we all wear seatbelts when we drive somewhere (give a reason).”

Note: This parenting hack, plus #4 above, can work on people of all ages (including your spouse and/or coworkers).

Dr. Reischer’s writing about children and families appears in The New York Times, The Washington Post, Psychology Today, The Greater Good Science Center, and The Atlantic. She is also the author of the best-selling book, “What Great Parents Do: 75 Simple Strategies for Raising Kids Who Thrive,” which has been translated into nine languages.

Dr. Reischer earned a Ph.D. from the University of Chicago in Psychology / Human Development, and is an honors graduate of Princeton University. A former consultant with McKinsey & Company, she sits on the advisory board for Happy Healthy Kids and continues to lead popular parenting classes at schools and organizations such as UCSF Benioff Children’s Hospital, Habitot Children’s Museum, and University of California.