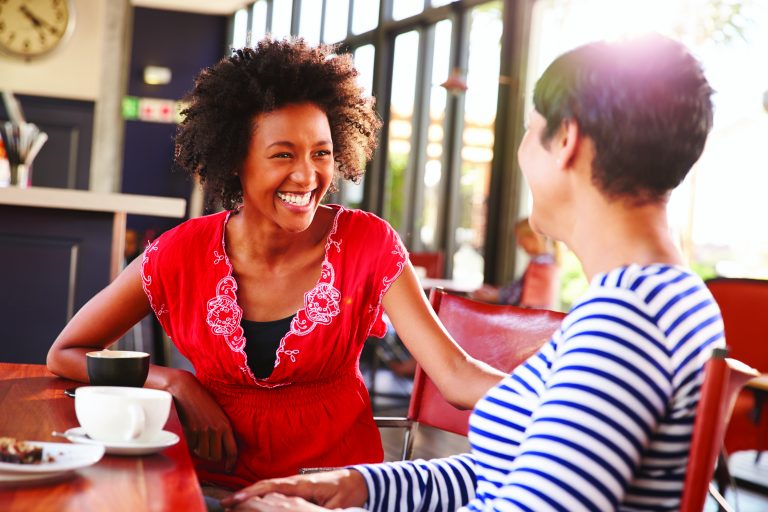 by Dr. Travis Bradberry
Oscar Wilde said, “Be yourself. Everyone else is already taken.” Wilde made it sound so simple, but living with authenticity is a real challenge.

To live authentically, you must own your actions and ensure that they align with your beliefs and needs. This can be a difficult thing to maintain when external forces pressure you to do something you’re not comfortable with or to be someone you’re not.

Most people have experienced the discomfort that comes with failing to behave authentically. Researchers from Harvard, Columbia, and Northwestern joined forces to measure this phenomenon scientifically. They found that when people failed to behave authentically, they experienced a heightened state of discomfort that’s usually associated with immorality. People who weren’t true to themselves were so distraught that they felt a strong desire to cleanse themselves physically.

It’s clear that our brains know when we’re living a lie, and like all lies, being inauthentic causes nothing but harm. But how do you start living authentically? That can be tough, especially if you’ve been playing a role for most of your adult life.

“I had no idea that being your authentic self could make me as rich as I’ve become. If I had, I’d have done it a lot earlier.” – Oprah Winfrey

Authentic people are deeply in tune with who they are and what they want. Their ability to live their life in harmony with their true selves comes from some clearly discernible habits that any of us can study and incorporate into our repertoire.

1. They help others to be their authentic selves. Authentic people don’t expect others to play a role either. They don’t make people feel as though they have to fit into a certain mold or to project a certain image to be a part of their lives. Their commitment to being authentic gives other people the freedom to live authentically too.

2. They let go of negative people. Authentic people have too much self-respect to put up with people who treat them badly or have ill will toward them, and they have too much respect for other people to try to change them. So they let go—not out of anger, but out of their need to be true to themselves.

3. They express their true feelings and opinions, even when they’re not popular. Authentic people don’t live a go-along-to-get-along lifestyle. They’re simply not capable of acting in a way that’s contrary to what their principles dictate, even if there are repercussions. They prefer not to lie to other people, and they especially can’t lie to themselves. This means that they’re willing to live with the repercussions of staying true to themselves.

4. They are confident. Much social anxiety stems from the fear we have of being “found out.” We’re afraid that somebody is going to discover that we’re not as smart, experienced, or well-connected as we pretend to be. Authentic people don’t have that fear. Their confidence comes from the fact that they have nothing to hide. Who they appear to be is who they really are.

5. They prefer deep conversations to meaningless chatter. Eleanor Roosevelt nailed this one. She once said, “Great minds discuss ideas; average minds discuss events; small minds discuss people.” You won’t find authentic people gossiping about others or giving their opinions on the latest celebrity scandals. They know all of that stuff is nothing more than cultural trappings, and they choose to talk about things that matter.

6. They don’t take anyone’s advice without evaluating it carefully first. It’s not that authentic people aren’t willing to take advice; they are. But they don’t put that advice into action just because other people have. First, they’ll run it through the wringer from a critical perspective so that they can be sure it makes sense for them.

7. They don’t complain about their problems.Complaining is what you do when you think that the situation you’re in is someone else’s fault or that it’s someone else’s job to fix it. Authentic people, on the other hand, are accountable. They understand that they—and no one else—are responsible for their own lives, so there’s no point in complaining.

8. They’re internally motivated.Authentic people don’t sit at their desks thinking, “Well, if my boss would just make this job worthwhile, I’d do a better job.” The carrot-and-stick approach just isn’t relevant to them. They’re motivated from within.

9. They make the best out of any situation. Authentic people have a very firm grasp on reality. When things don’t go their way, they don’t get trapped in denial, and they don’t sit around whining about how things should be different. They simply take stock of the way things are and, if there’s nothing they can do to change the situation, they figure out a way to make the best of it.

10. They don’t get stressed or upset when someone doesn’t like them. It’s never fun accepting that someone doesn’t like you, but a lot of times that discomfort comes from trying to figure out what you did wrong or how you can fix it. Authentic people don’t have that anxiety because they would never try to change themselves to influence someone else’s opinion. They accept that other people have a right to be authentic about their own feelings, even if those feelings are negative toward them.

Bringing It All Together

Living authentically is a perpetual challenge that requires emotional intelligence and yields great rewards. It’s a noble path that you won’t regret following.
Bio:
Dr. Travis Bradberry is the award-winning coauthor of Emotional Intelligence 2.0 and the cofounder of

TalentSmart® the world’s leading provider of emotional intelligence tests and training serving more than 75% of Fortune 500 companies. His bestselling books have been translated into 25 languages and are available in more than 150 countries.

Dr. Bradberry is a LinkedIn In uencer and a regular contributor to Forbes, Inc., Entrepreneur, The World Economic Forum, and The Huf ngton Post. He has written for, or been covered by, Newsweek, BusinessWeek, Fortune, Fast Company, USA Today, The Wall Street Journal, The Washington Post, and The Harvard Business Review.