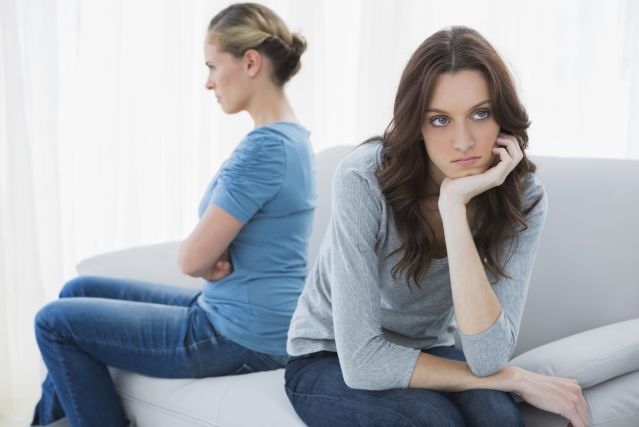 10 Toxic People You Should Avoid At All Costs

Toxic people defy logic. Some are blissfully unaware of the negative impact that they have on those around them, and others seem to derive satisfaction from creating chaos and pushing other people’s buttons.

As important as it is to learn how to deal with different kinds of people, truly toxic people will never be worth your time and energy—and they take a lot of each. Toxic people create unnecessary complexity, strife, and, worst of all, stress.

“People inspire you, or they drain you—pick them wisely.” – Hans F. Hansen

Recent research from Friedrich Schiller University in Germany shows just how serious toxic people are. They found that exposure to stimuli that cause strong negative emotions—the same kind of exposure you get when dealing with toxic people—caused subjects’ brains to have a massive stress response. Whether it’s negativity, cruelty, the victim syndrome, or just plain craziness, toxic people drive your brain into a stressed-out state that should be avoided at all costs.

Studies have long shown that stress can have a lasting, negative impact on the brain. Exposure to even a few days of stress compromises the effectiveness of neurons in the hippocampus, an important brain area responsible for reasoning and memory. Weeks of stress cause reversible damage to brain cells, and months of stress can permanently destroy them. Toxic people don’t just make you miserable—they’re really hard on your brain.

The ability to manage your emotions and remain calm under pressure has a direct link to your performance. TalentSmart has conducted research with more than a million people, and we’ve found that 90% of top performers are skilled at managing their emotions in times of stress in order to remain calm and in control. One of their greatest gifts is the ability to identify toxic people and keep them at bay.

It’s often said that you’re the product of the five people you spend the most time with. If you allow even one of those five people to be toxic, you’ll soon find out how capable he or she is of holding you back.

You can’t hope to distance yourself from toxic people until you first know who they are. The trick is to separate those who are annoying or simply difficult from those who are truly toxic. What follows are ten types of toxic drainers that you should stay away from at all costs so that you don’t become one yourself.

Gossipers derive pleasure from other people’s misfortunes. It might be fun to peer into somebody else’s personal or professional faux pas at first, but over time, it gets tiring, makes you feel gross, and hurts other people. There are too many positives out there and too much to learn from interesting people to waste your time talking about the misfortune of others.

Victims are tough to identify because you initially empathize with their problems. But as time passes, you begin to realize that their “time of need” is all the time. Victims actively push away any personal responsibility by making every speed bump they encounter into an uncrossable mountain. They don’t see tough times as opportunities to learn and grow from; instead, they see them as an out. There’s an old saying: “Pain is inevitable but suffering is optional.” It perfectly captures the toxicity of the victim, who chooses to suffer every time.

Self-absorbed people bring you down through the impassionate distance they maintain from other people. You can usually tell when you’re hanging around self-absorbed people because you start to feel completely alone. This happens because as far as they’re concerned, there’s no point in having a real connection between them and anyone else. You’re merely a tool used to build their self-esteem.

To envious people, the grass is always greener somewhere else. Even when something great happens to envious people, they don’t derive any satisfaction from it. This is because they measure their fortune against the world’s when they should be deriving their satisfaction from within. And let’s face it, there’s always someone out there who’s doing better if you look hard enough. Spending too much time around envious people is dangerous because they teach you to trivialize your own accomplishments.

Manipulators suck time and energy out of your life under the façade of friendship. They can be tricky to deal with because they treat you like a friend. They know what you like, what makes you happy, and what you think is funny, but the difference is that they use this information as part of a hidden agenda. Manipulators always want something from you, and if you look back on your relationships with them, it’s all take, take, take, with little or no giving. They’ll do anything to win you over just so they can work you over.

In J. K. Rowling’s “Harry Potter” series, Dementors are evil creatures that suck people’s souls out of their bodies, leaving them merely as shells of humans. Whenever a Dementor enters the room, it goes dark, people get cold, and they begin to recall their worst memories. Rowling said that she developed the concept for Dementors based on highly negative people—the kind of people who have the ability to walk into a room and instantly suck the life out of it.

Dementors suck the life out of the room by imposing their negativity and pessimism upon everyone they encounter. Their viewpoints are always glass half empty, and they can inject fear and concern into even the most benign situations. A Notre Dame University study found that students assigned to roommates who thought negatively were far more likely to develop negative thinking and even depression themselves.

There are certain toxic people who have bad intentions, deriving deep satisfaction from the pain and misery of others. They are either out to hurt you, to make you feel bad, or to get something from you; otherwise, they have no interest in you. The only good thing about this type is that you can spot their intentions quickly, which makes it that much faster to get them out of your life.

Judgmental people are quick to tell you exactly what is and isn’t cool. They have a way of taking the thing you’re most passionate about and making you feel terrible about it. Instead of appreciating and learning from people who are different from them, judgmental people look down on others. Judgmental people stifle your desire to be a passionate, expressive person, so you’re best off cutting them out and being yourself.

Arrogant people are a waste of your time because they see everything you do as a personal challenge. Arrogance is false confidence, and it always masks major insecurities. A University of Akron study found that arrogance is correlated with a slew of problems in the workplace. Arrogant people tend to be lower performers, more disagreeable, and have more cognitive problems than the average person.

How to Protect Yourself Once You Spot ’Em

Toxic people drive you crazy because their behavior is so irrational. Make no mistake about it—their behavior truly goes against reason, so why do you allow yourself to respond to them emotionally and get sucked into the mix?

The more irrational and off-base someone is, the easier it should be for you to remove yourself from their traps. Quit trying to beat them at their own game. Distance yourself from them emotionally, and approach your interactions with them like they’re a science project (or you’re their shrink if you prefer that analogy). You don’t need to respond to the emotional chaos—only the facts.

Maintaining an emotional distance requires awareness. You can’t stop someone from pushing your buttons if you don’t recognize when it’s happening. Sometimes you’ll find yourself in situations where you’ll need to regroup and choose the best way forward. This is fine, and you shouldn’t be afraid to buy yourself some time to do so.

Most people feel as though because they work or live with someone, they have no way to control the chaos. This couldn’t be further from the truth. Once you’ve identified a toxic person, you’ll begin to find their behavior more predictable and easier to understand. This will equip you to think rationally about when and where you have to put up with them and when and where you don’t. You can establish boundaries, but you’ll have to do so consciously and proactively. If you let things happen naturally, you’re bound to find yourself constantly embroiled in difficult conversations. If you set boundaries and decide when and where you’ll engage a difficult person, you can control much of the chaos. The only trick is to stick to your guns and keep boundaries in place when the person tries to cross them, which they will.

Dr. Travis Bradberry is the award-winning coauthor of Emotional Intelligence 2.0 and the cofounder of TalentSmart® the world’s leading provider of emotional intelligence tests and training serving more than 75% of Fortune 500 companies. His bestselling books have been translated into 25 languages and are available in more than 150 countries.

Dr. Bradberry is a LinkedIn Influencer and a regular contributor to Forbes, Inc., Entrepreneur, The World Economic Forum, and The Huffington Post. He has written for, or been covered by, Newsweek, BusinessWeek, Fortune, Fast Company, USA Today, The Wall Street Journal, The Washington Post, and The Harvard Business Review.